At the fifteenth Ethno Food & Drinks Fair in a row, in hall 3 of the Belgrade Fair, more than 300 manufacturers of traditional food products will perform– hand made products according to traditional recipes mostly from organically grown ingredients, but also new products created on the foundations of tradition and imagination of manufacturers, as well as the packaging for the for packing traditional products.

Small manufacturers will mostly perform in collective stands as part of the organization of the Chamber of Commerce of Serbia and her regional branches, Cooperative Union of Serbia and Vojvodina, local governments for associations.

As part of the organization of the Chamber of Commerce of Serbia manufacturers will performfrom: Leskovac, Zajecar, Pozarevac, Kraljevo, Kragujevac, Krusevac, Uzice, Valjevo, Zrenjanin, Pancevo and Belgrade.

As part of the organization of the local government manufacturers will perform from Belgrade, Mladenovac, Zagubica, Petrovac on Mlava and Blace, and the performance of the exhibitors from Babusnica was organized by the tourist organization of this place.

For the first time the Ministry of Agriculture, Forestry and Water Management with a group of producers will present itself at the Ethno Food & Drinks Fair, and the Chamber of Commerce of Serbia will specially present the holders of “Cuvarkuca” trademark from the field of traditional food production. The performance of young manufacturers from underdeveloped municipalities was organized for the first time at this years’ event by the Cabinet of the Ministry without portfolio of Novica Toncev, in charge of the development promotion in these municipalities. The association “Karitas” will present 30 manufacturers of traditional products from central Serbia as a part of their program of support to manufacturers of traditional products. There will be a specially organized presentation of the exhibitors of the Kolubara region.

At the 15th Ethno Food & Drinks Fair affirmed manufacturers will also perform, such as Granice from Mladenovac and Mesoprodukt, Ruma.

The international character to the event will be given by the participant of Republic Srpska and Romania.

The Patrons of the Ethno Food & Drinks Fair are the Ministry of Agriculture, Forestry and Water Management of the Republic of Serbia and the City of Belgrade.

Under the slogan “Establishing an ethno product brand” this year’s event should help in presenting and defining traditional food products, improvement of presentation and sales, protection of geographical origin and recipe and the wider application of these products in the offer of restaurants and hotels and the daily diet of the population.

Special aspect of the event, present the promotion of organic food, drink and water as well as special equipment and production and preservation packaging of those products.

The Ethno Food & Drinks Fair has both business and promotional character. It is primarily intended for distributors, supplier of hotels and retail chains, restaurant owners, trade shops or kitchen chefs, professional gastronomes, customers from abroad for the sake of sealing purchase contracts and for these categories of visitors the entry is free. 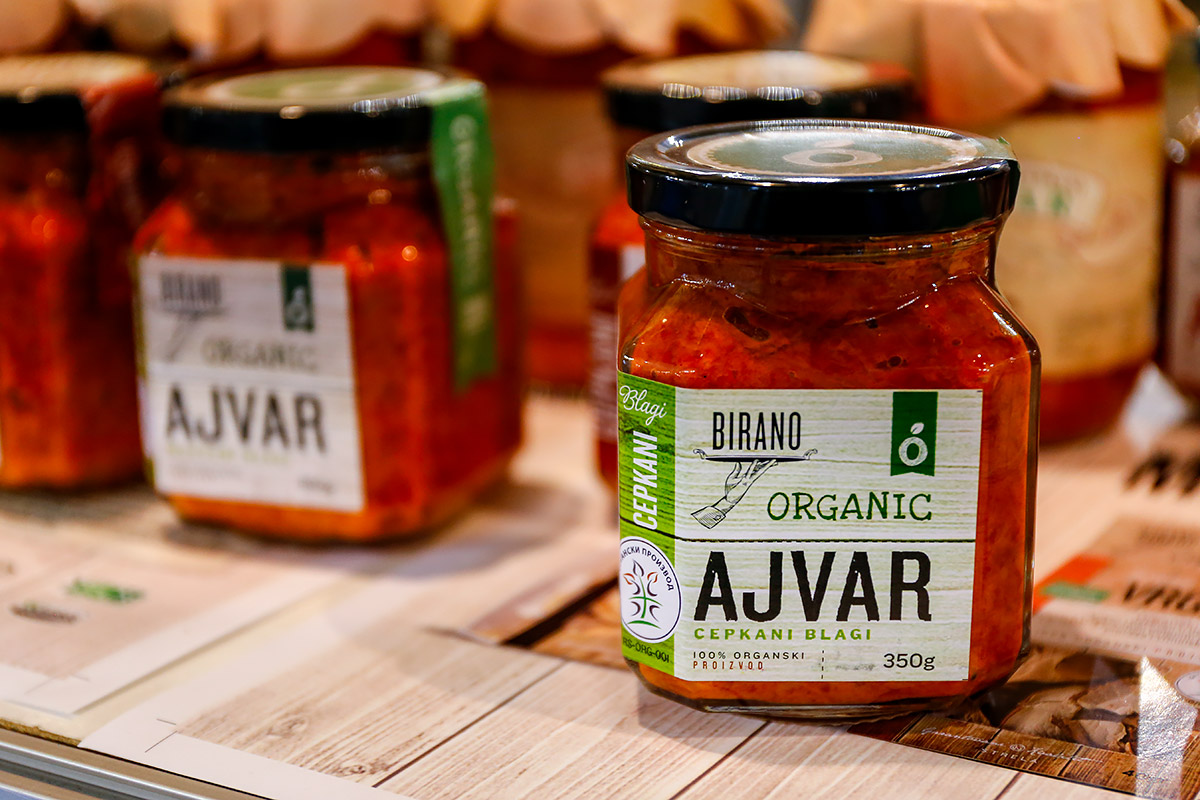 For the purpose of promotion of traditional products and manufacturers, at the Ethno Food & Drink Fair retail is allowed for the sake of improving dietary culture, as well as the health of the population, preservation of tradition and national identity.

The Food & Drink Fair serves not only for presentation and retail, but also for exchanging knowledge and the education of participants, therefore the institutions and exhibitors organize a variety of professional and promotional programs in which they show results of their work or traditional customs and products. In the show part of the event which is held in the Ethno yard or on the exhibitor’s stands, region specific dishes will be presented and tasted, for some long forgotten dishes, which will help us to get to know the tastes and customs of specific epochs and regions.

A special segment of the Ethno Food & Drinks Fair presents the Handicraft exhibition which is organized by the (“Association of Serbian hosts”) “Drustvo srpskih domacina” this year.

The jury, composed of eminent experts in identifying the highest quality goods will judge the exhibit in several commodity groups and subgroups and award diplomas and awards, and the best among them will receive the highest annual award – “ETHNO FOOD & DRINKS FAIR – BRAND FROM SERBIA FOR THE YEAR 2021”

The Fair will be open from Thursday the 25th of November ending on Sunday the 28th of November, from 10 am to 7pm.

Admission to the event is free for business visitors, provided they fill out and verify the registration form.

For other interested citizens the price of a single ticket is 300 dinars, group ticket price is 200 dinars. Parking price is 150 dinars per hour.

The press and media representatives may enter the event with a valid journalistic ID which they will show upon entering in hall 3 of the Belgrade Fair.

The Belgrade Fair will, in accordance with the epidemiological situation regarding COVID-19, undertake, and will recommend to the exhibitors, the necessary measures of health protection of the participants and visitors. 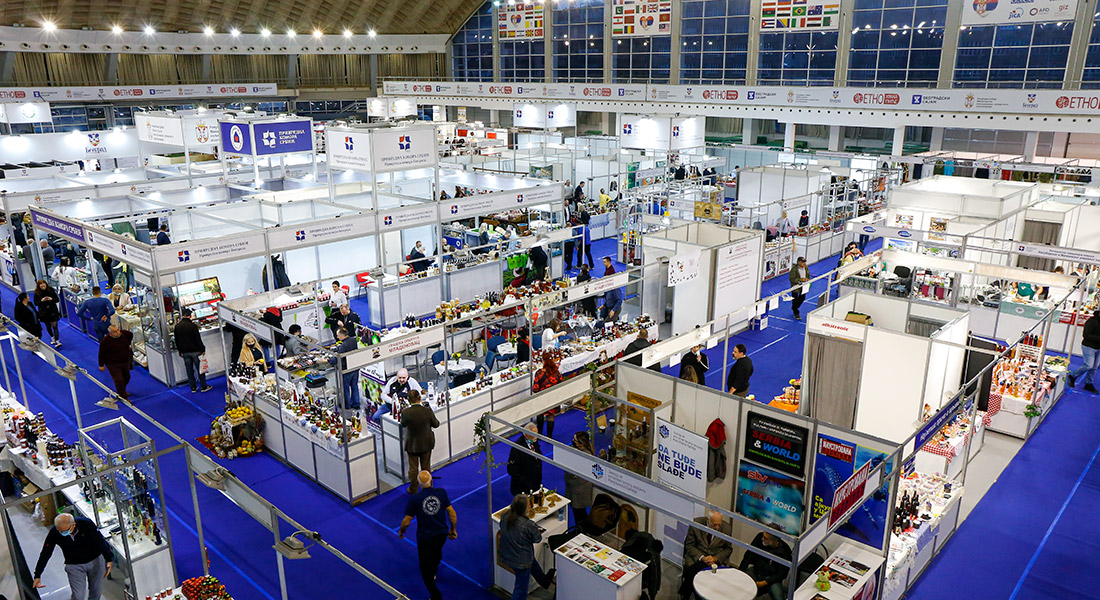 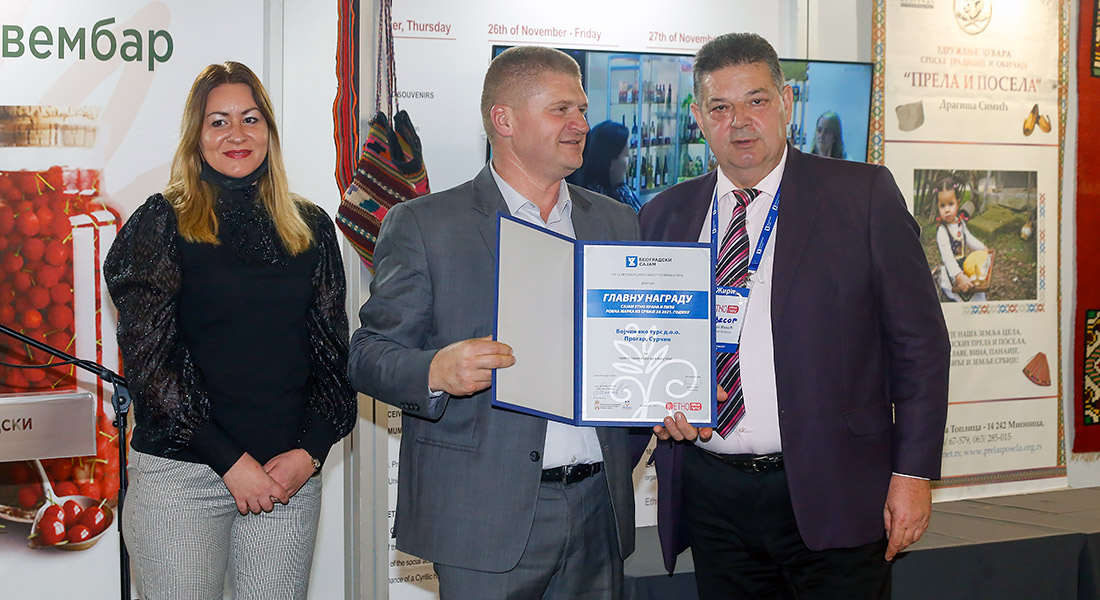 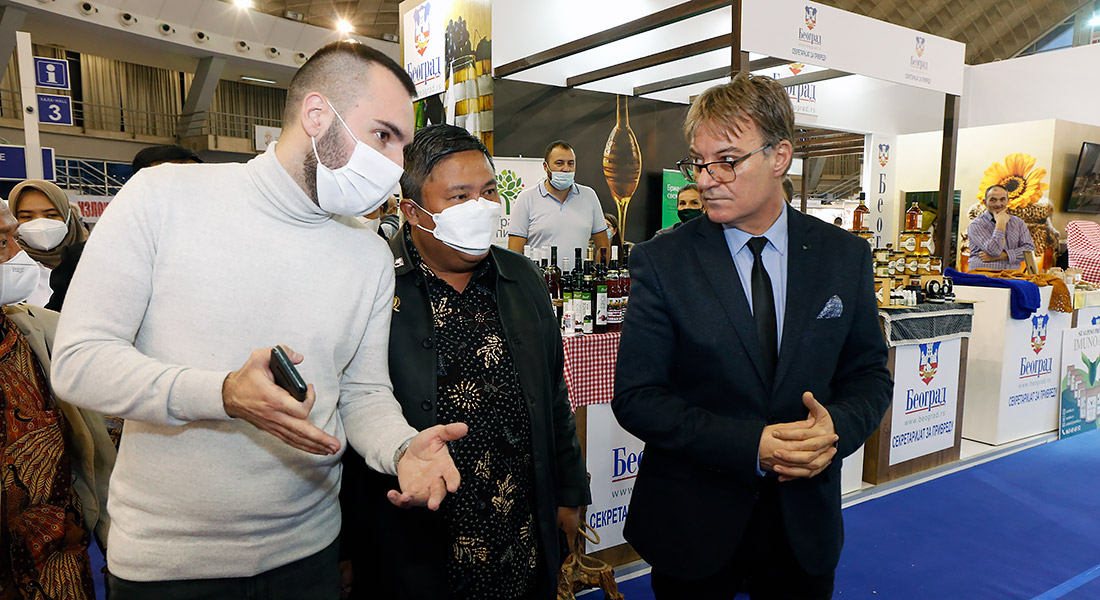 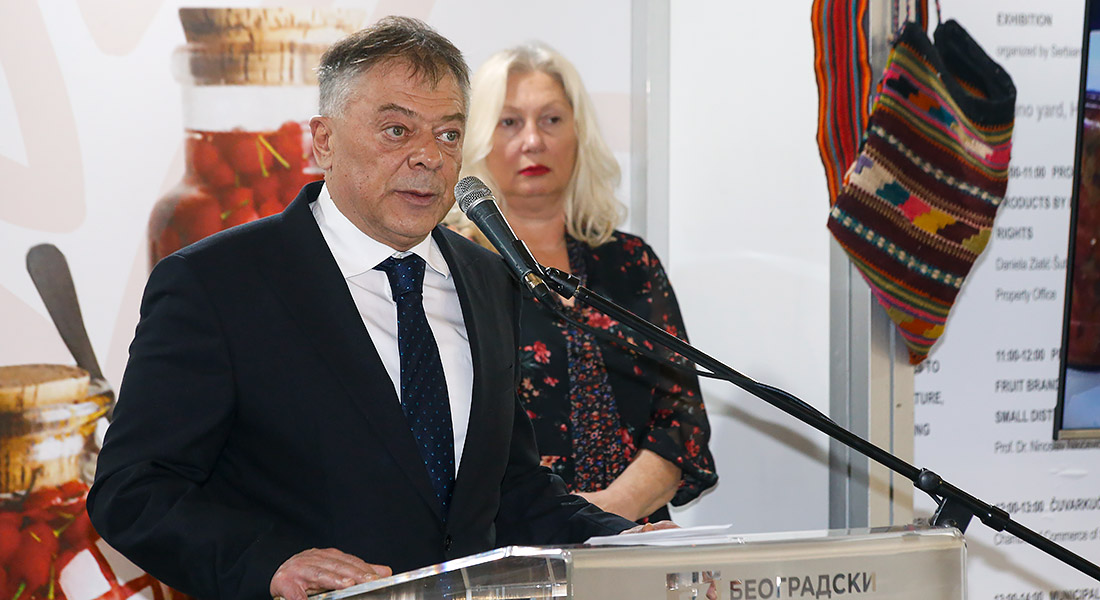