Aleksandar Antić: The Most important Thing is to Keep Technological Pace with the World

Aleksandar Antić: The Most important Thing is to Keep Technological Pace with the World 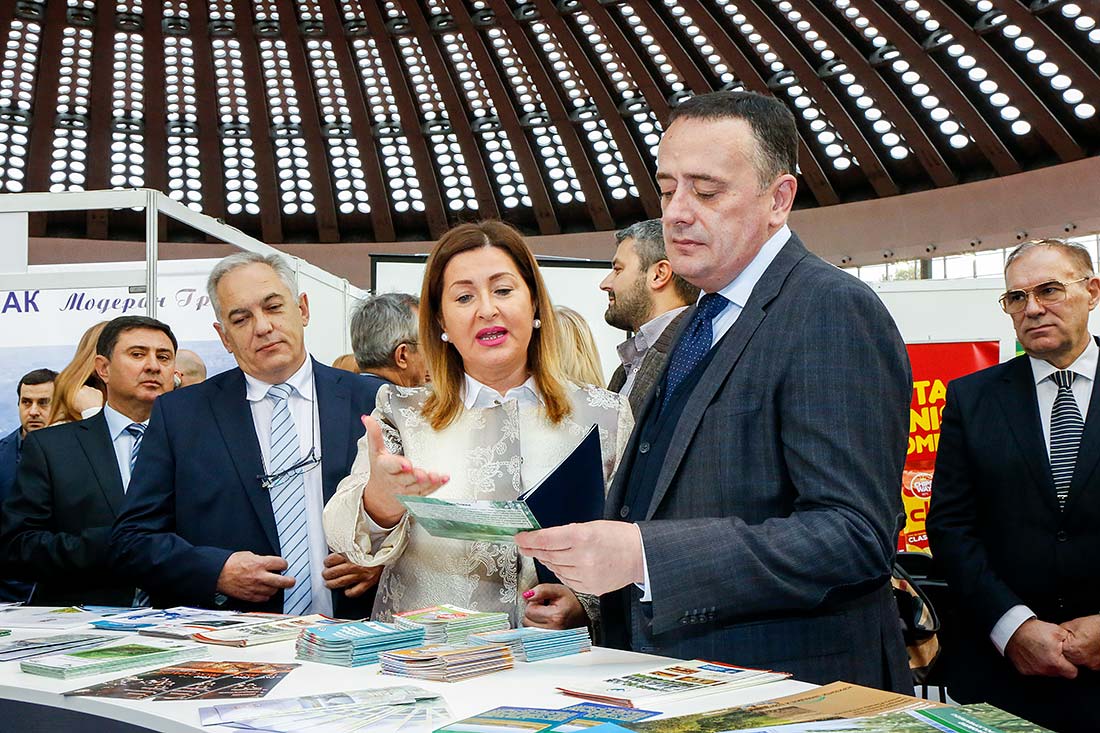 Under the slogan “New Energy”, two similar events were opened at Belgrade Fair – 12th International Energy Fair and the 13th International Fair of Environment and Natural Resources Protection – EcoFair. The trade fairs are held traditionally at the same time and take place till Friday, October 14.

Beside the estimation these were outstanding events, strongly supported by the Ministry of Mining and Energy, the Minister Aleksandar Antić said there was a strong link between the energy sector, economy and environment protection, the Fair was the venue of synergy production, from which the additional advancement of the whole sector should commence.

– In the year since previous Fairs, we adopted the Strategy of Energy Development and now we are working on the announcement of some more documents important for the development of these branches. Our objective is creation and preservation of a cleaner and better energy, standard rising and big business creation, in which the state and companies may advance. By long term projects, Serbia has to provide energy stability and the economic growth. The investments are high, but large and important are also the projects for the energy sector advancement and the environment preservation by European standards, said Mr. Aleksandar Antić and declared the Fairs open.

On behalf of the Ministry of Agriculture and Environmental Protection, the Patron of EcoFair, Ms. Stana Božović, State Secretary, spoke:

– The Fair objective is the connection of the economy, public and civil sector, coordination among them and the new technologies presentation in this branch. We have big tasks in front of us and more than 10 billion Euros investment in the following decade. We know the strategic objective and it is important for us to provide a stable financing system. The negotiations of the Government of Serbia with the EU are going on and we expect to have 100 million Euros for investment at our disposal in 2017. We produced the Guide for Investment Companies and the Local Self-Government, we solved hazardous waste removal, which is essential for the ‘Green Economics’ and we prove to work and take care of Serbian economy, as well”, said Ms. Stana Božović.

The Ministry of Agriculture and Environmental Protection will have many workshops at its booth during the Fair and the State Secretary said it was the venue that should be visited by all those having questions and suggestions. Since education is very important in this branch, she requested media to inform publics of the events at the Fair.

– “New Energy” is the slogan of the Fairs, but also something the Electric Power Industry of Serbia has got, which is clearly shown by our results – in the first half of the year we made the profit of RSD. 13.1 billion, which is 10 billion more than at the same time period last year, we increased the production for 7.7 percent compared with the plan, we increased considerably the payment grade and reduced the losses. The Fair is a large get together, the energy knot in the region, the right place for cooperation and exchange of ideas, said Mr. Grčić.