Grafima International Graphic, Paper and Creative Industry Fair was officially opened in Hall 4 of Belgrade Fair in the presence of numerous guests and exhibitors.

This elite regional fair event, aimed at promoting technological advancements in the field of graphic industry, publishing, print media, design, advertising, music, film industry, production, finishing and processing of paper, as well as at promoting many other segments of these industries, has been successfully connecting mechanical industry, information and communication technologies, creative and artistic graphic genres and skills, dedicated IC and design hardware and software for the 41st time in a row.

Over the course of official opening of this fair, Mr. Dragutin Ilic, CEO to Europaier Dunav, this year’s host of Grafima, recalled the fact that his company has been connected with Grafima ever since technology had been promoted at its exhibition stands, some of which do not exist today. This long history of collaboration and promotion at Grafima has resulted in the honor of hosting the event, he said. 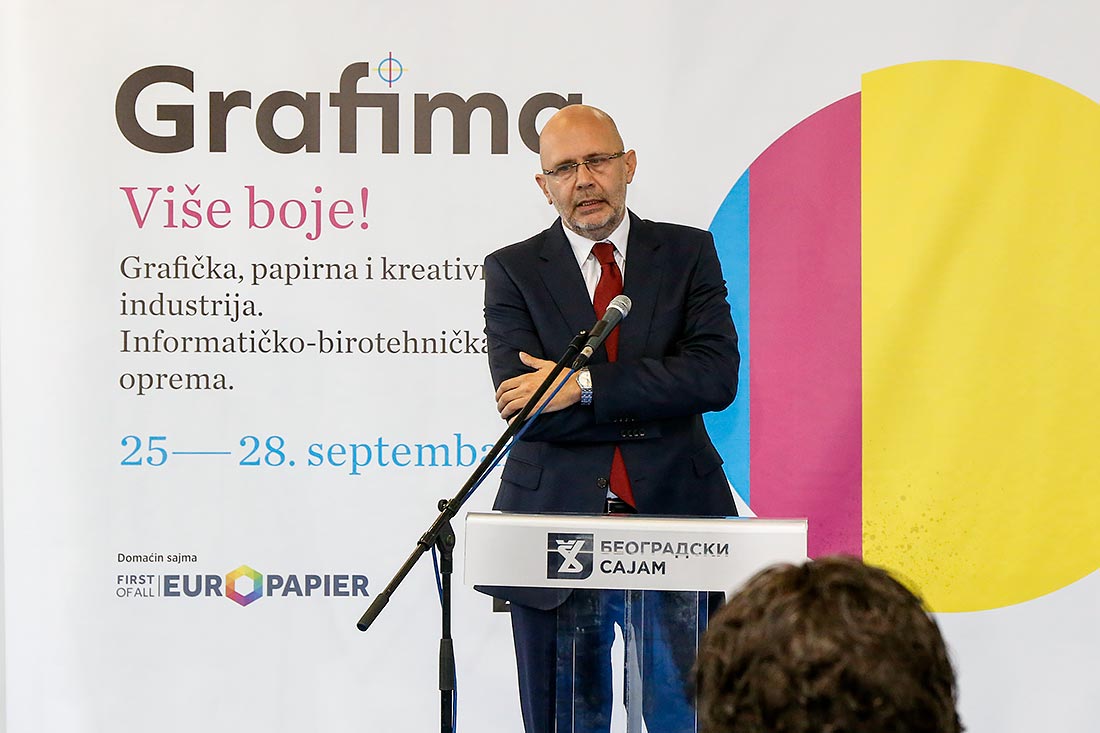 Mr. Ilic recalled that Europapier Dunav operates within the Austrian Europapier Group, which is part of Heinzel Group, an international multinational company. The group itself includes two pulp mills, three paper mills and one cardboard factory in Europe, whilst the company itself has been operating in trading business across four continents. Europapier operates in 13 Central and Eastern European countries and is a market leader in the field.

Europapier Dunav has been constantly striving to introduce new products and programs into its range, and it is constantly growing, which speaks volumes about the soundness of its business philosophy and dynamism of graphic products market in Serbia, despite all the problems and changes in the printing industry in terms of paper consumption and economic crises both here and in Europe.

The company has been successful in transforming itself, as well as in actively pursuing new technologies within the digital press, machines and materials on which it prints. Aside from “traditional” levels of printing and materials, Europapier has been very successful in being engaged in visual communications, to which most of this year’s Grafima is dedicated. This year, Ilic pointed out, it has been the first time for us to launch both the equipment and machines of the Italian company Fleksa, a refined machine in digital printing sector.

CEO to Europapier-Dunav expressed his hope that this year’s Grafima would positively contribute to dynamic changes on both paper and technological development market that will bring together all those who are able to adapt to the new times. 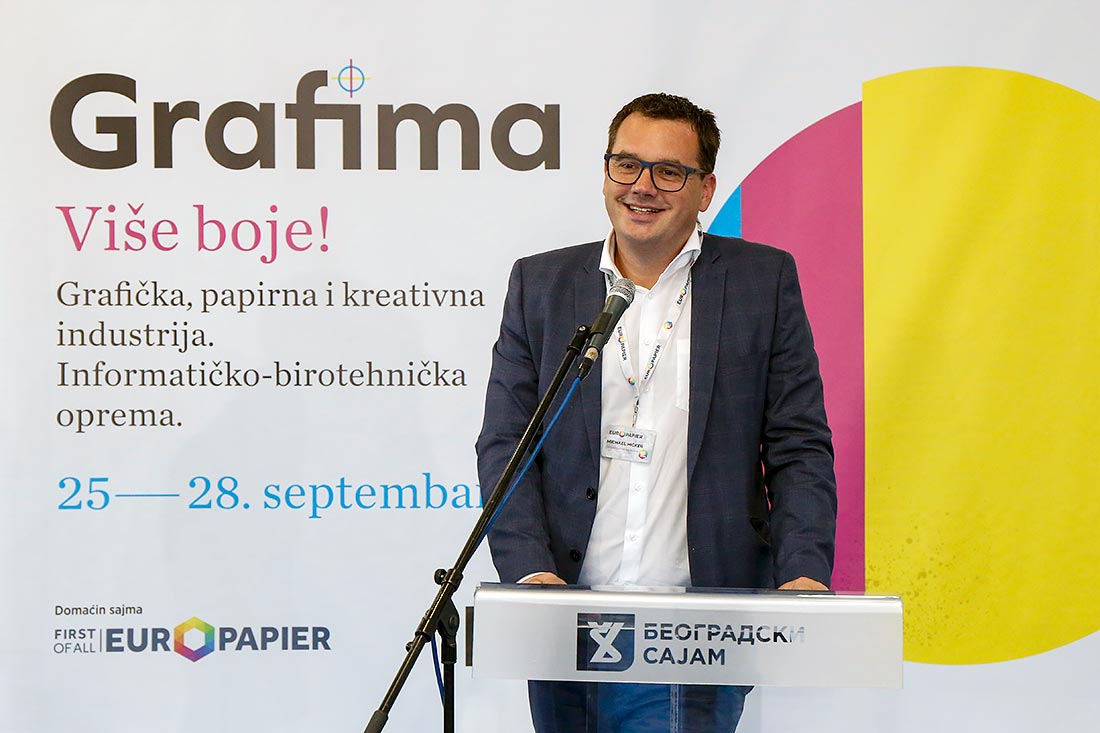 Speaking about his first impressions from this event, Mr. Michael Hicker, a Commercial Director of Europapier Austria, said he was very surprised by what he saw, as well as by the volume of exhibition programs, thus confirming the previous speaker’s claims that Europapier could make such a significant impression. He further explained business diversification through influence and significance of visial communication present on the global graphic industry today, i.e., by switching from traditional to new and modern goods and technologies.

By declaring Grafima 2019 officially open, Mr. Michael Hicker wished that Europapier’s model of development and business would be a strategic model on both Serbian market, as well as on the markets of other countries in which it operates.