The 15th Ethno Food & Drinks Fair was officially opened at the Belgrade Fair, in the Ethno Yard of Hall 3.

In a full hall of exhibitors and audience, after the opening toast, Andrej Mladenovic, assistant Mayor of Belgrade, addressed the audience. He stated that this year, more than 300 exhibitors were present, and that the event instills hope that we are all coming back to a normal life. He highlighted the specificity of this fair, the ethno theme and the uniqueness which we are witnessing for the 15th time. It is also very important to provide help for small producers and to give them an incentive, and that is primarily the role of regional chambers. The Ethno Food & Drinks Fair is the crown and sublimation of that cooperation, Mladenovic stated.

Then the audience was addressed by Milinko Velickovic, Secretary for the Economy of the City of Belgrade, stating that at the Belgrade stand more than 50 producers are exhibiting their products. Belgrade is a city with a large area of arable land and which absolutely uses that advantage. This year 200 million dinars was allocated from the city budget for projects from the area of agriculture, with a special accent on beekeeping, pomiculture and organic products.

Velimir Stanojevic, Secretary of State in the Ministry of Agriculture, Forestry and Water Management – considers key, the endeavor that as many as possible small producers of food and drinks be present at an event such as this one. The Fair is the best opportunity for them to present themselves to the public and business partners and to make contacts with customers. The role of the Ministry is double, to participate in the promotion and branding of products with geographical origin and to encourage the segment of organic production, and what will take off in the future is the development of the processing sector.

The Ethno Food & Drinks Fair was officially opened by Novica Toncev, the Minister of Underdeveloped Areas of the Republic of Serbia. He highlighted the importance of progress of the underdeveloped municipalities, as well as their showcasing at the fair. He emphasized the characteristics of Serbia as a country of sincere hospitality and fantastic food and drinks, and highlighted the importance of preservation of authentic domestic cuisine in its original source. Ethno products are, according to the minister, like an ID of Serbia and the most beautiful message of our country. 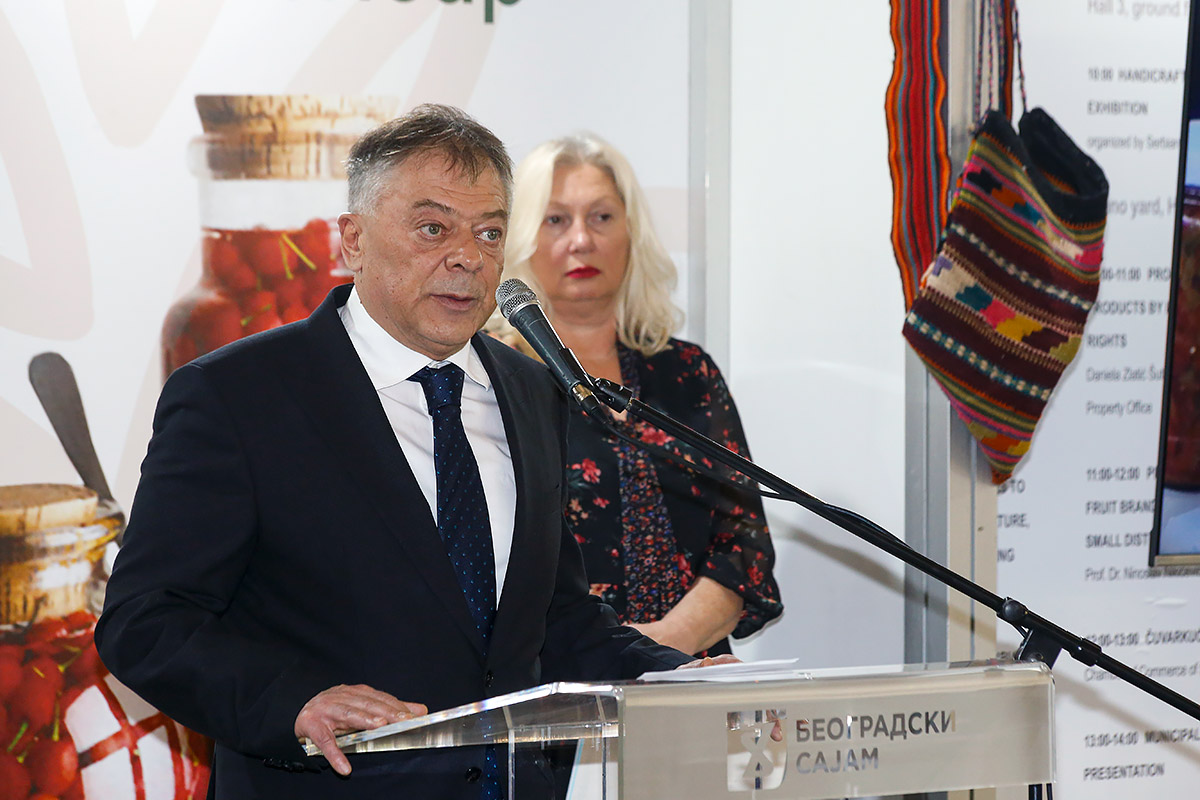 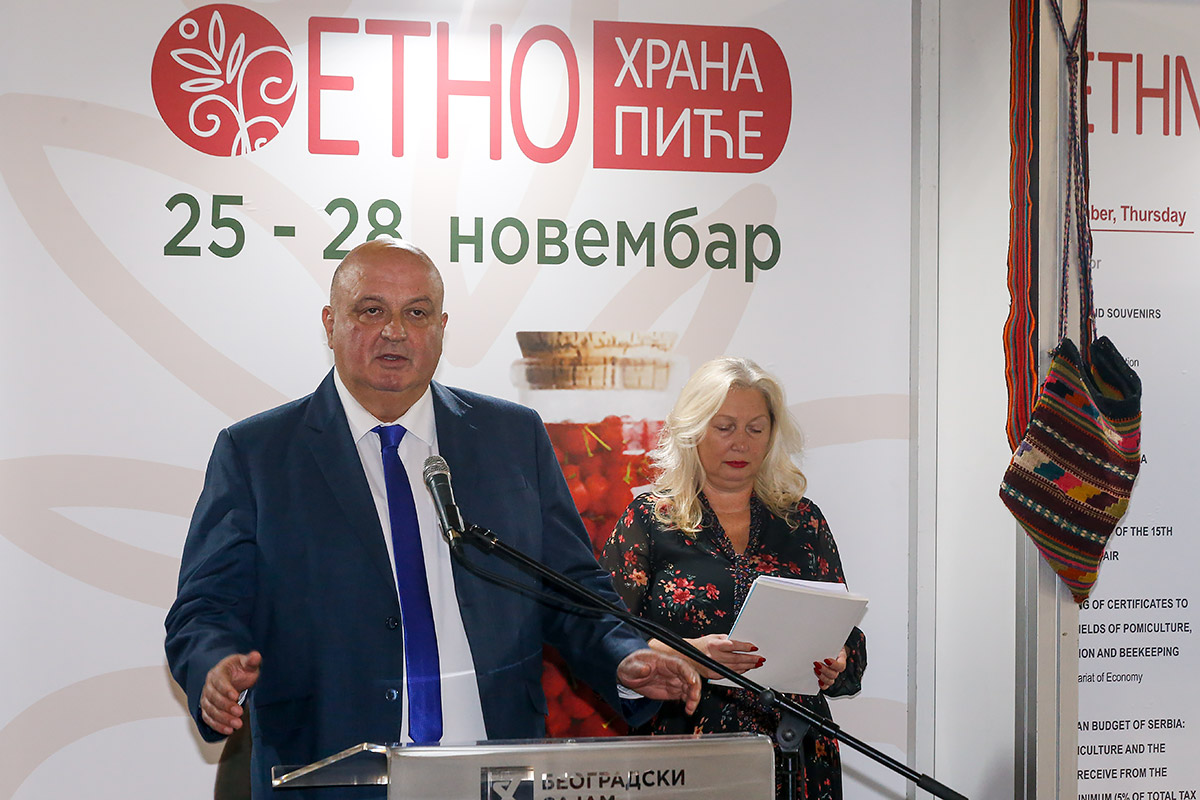 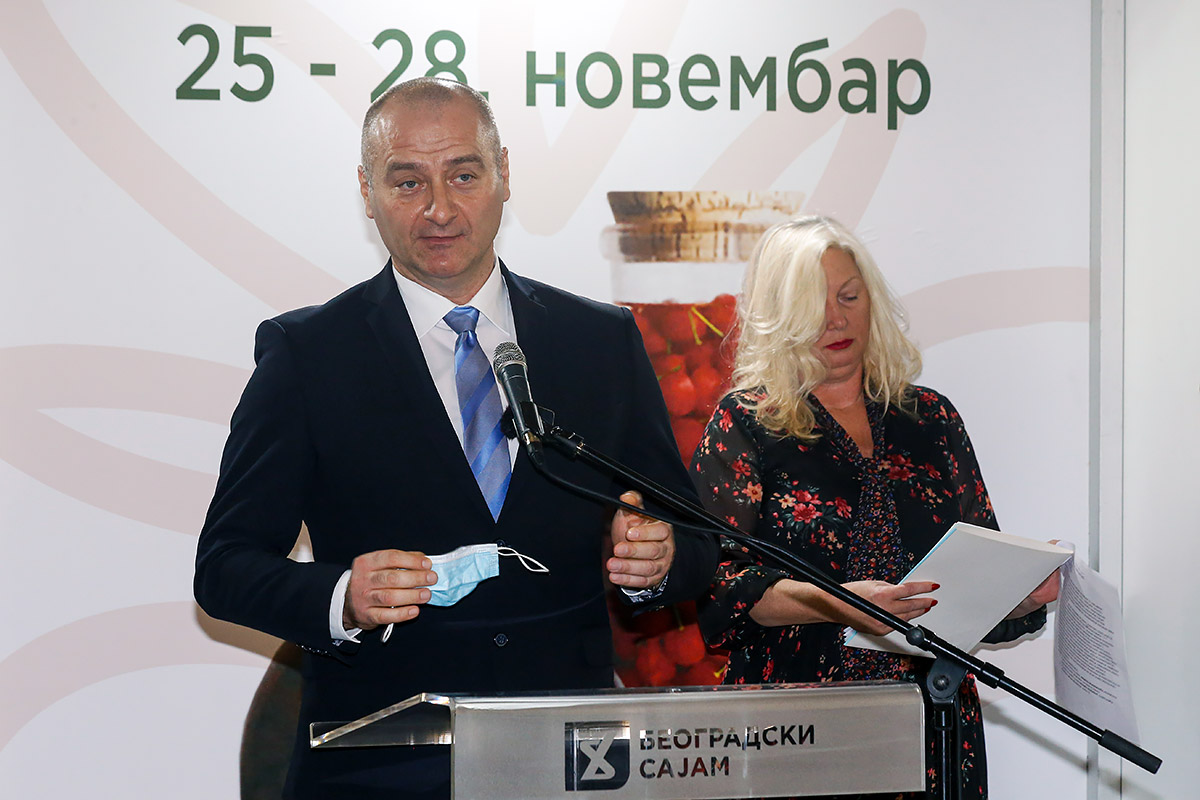 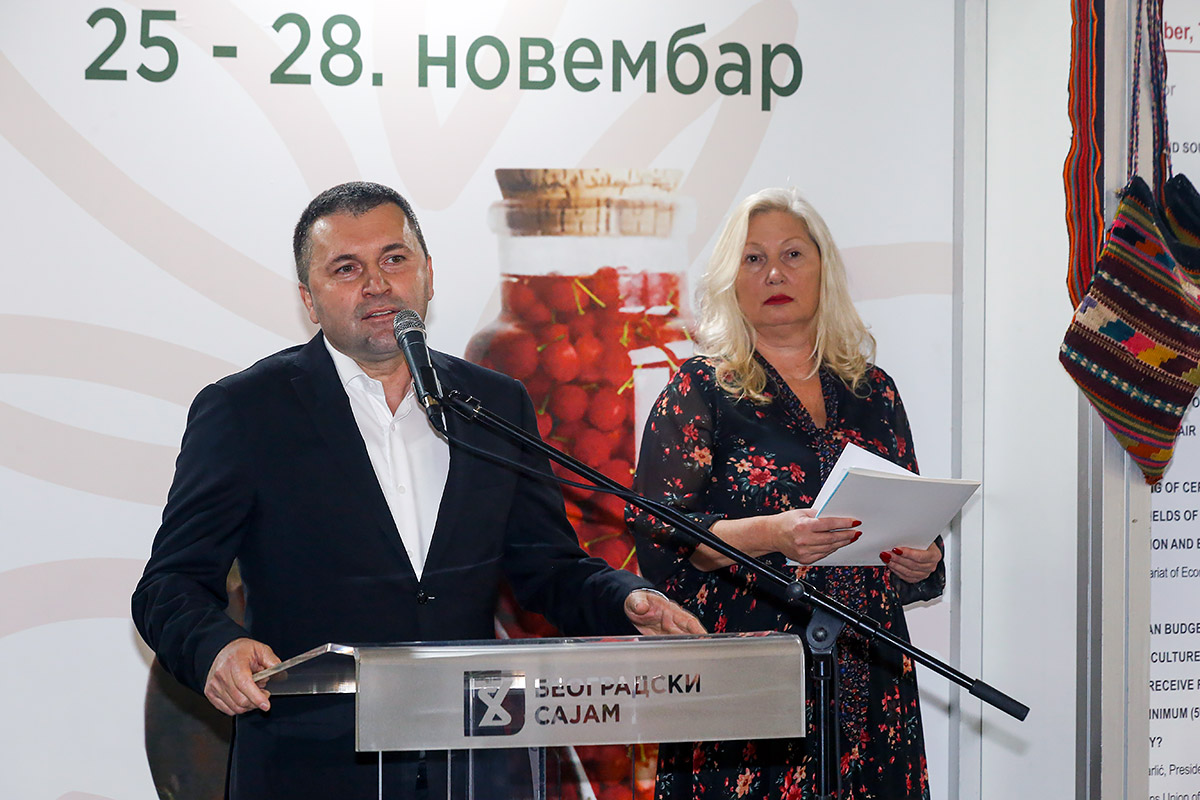 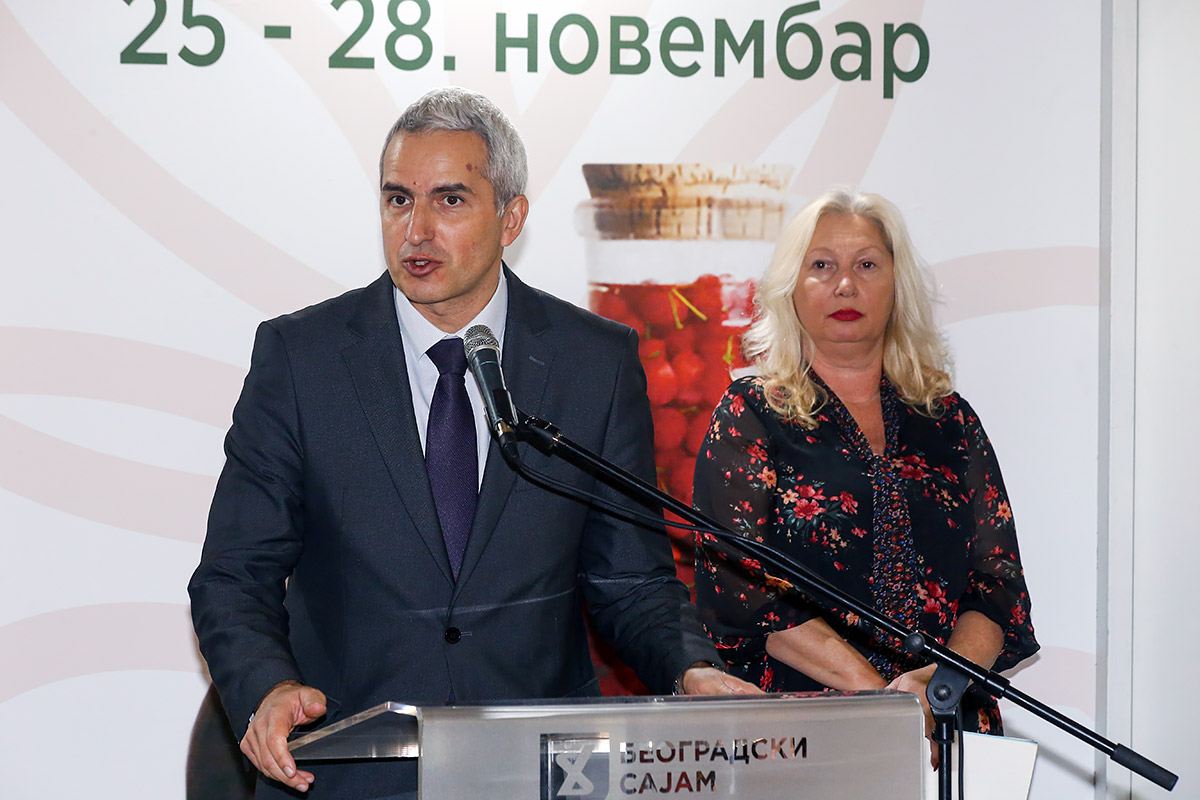 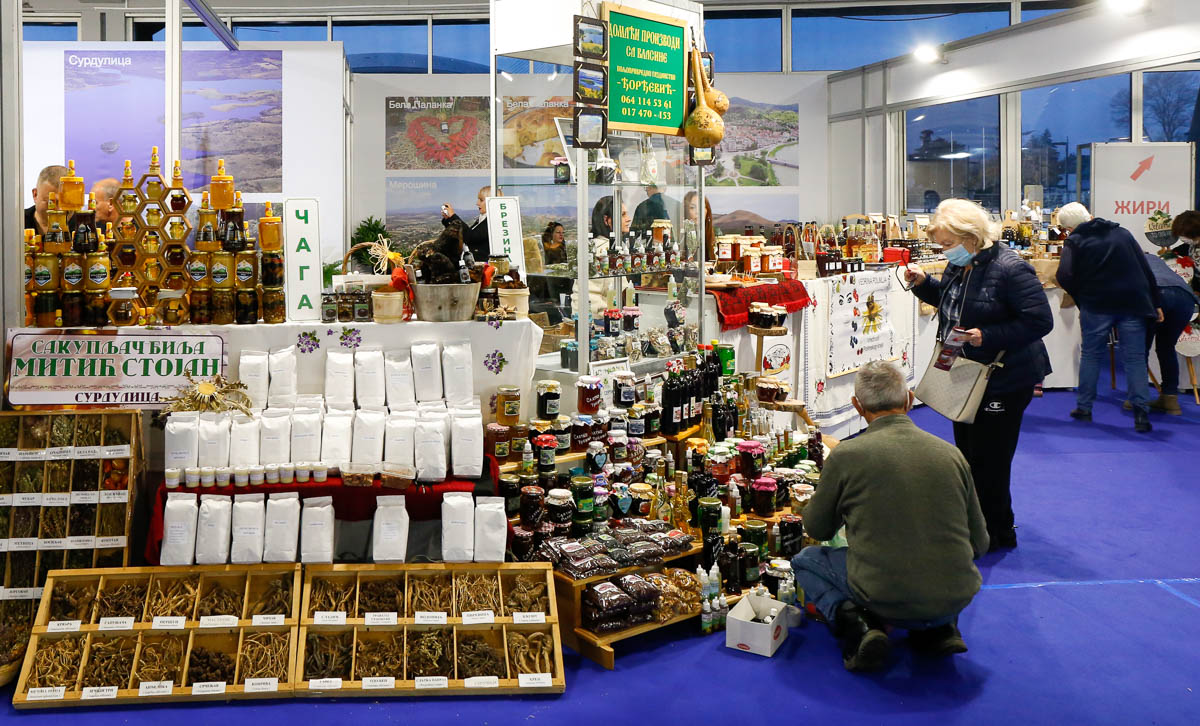 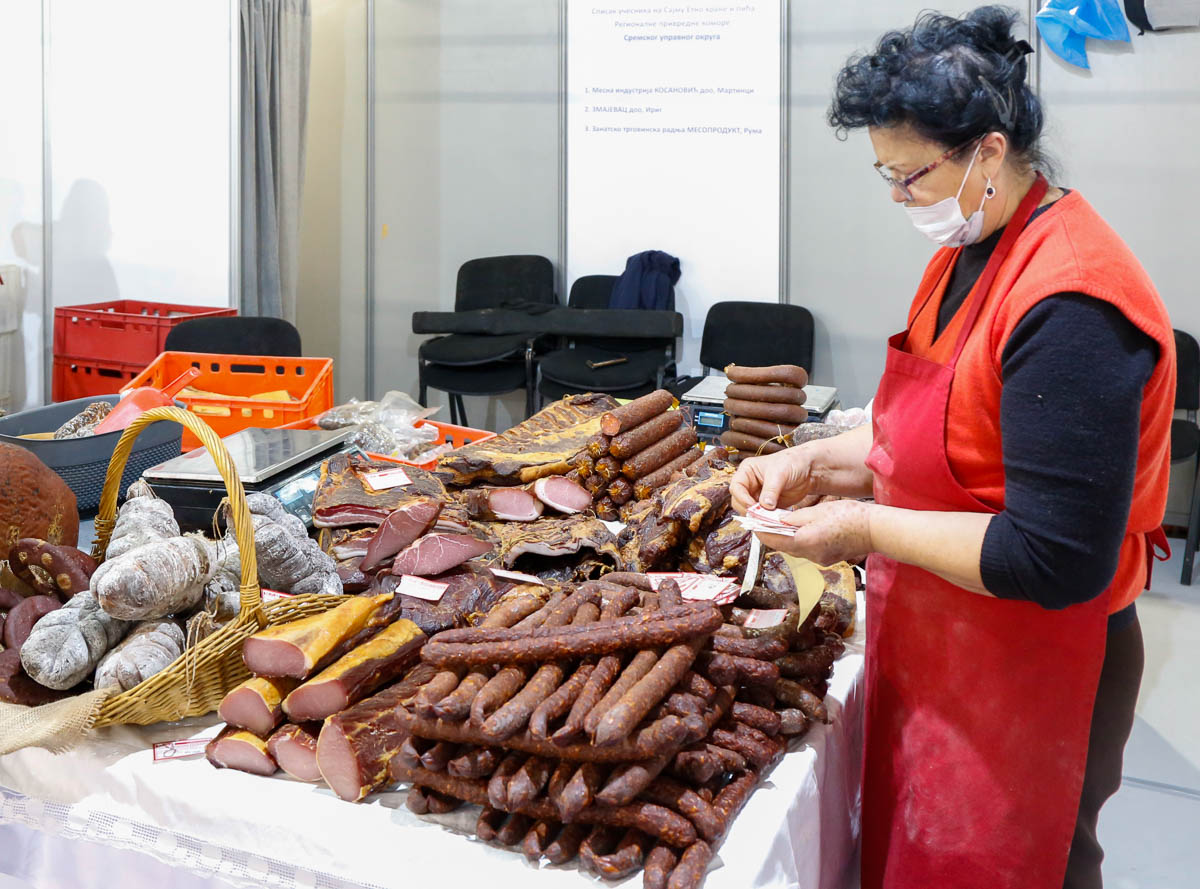 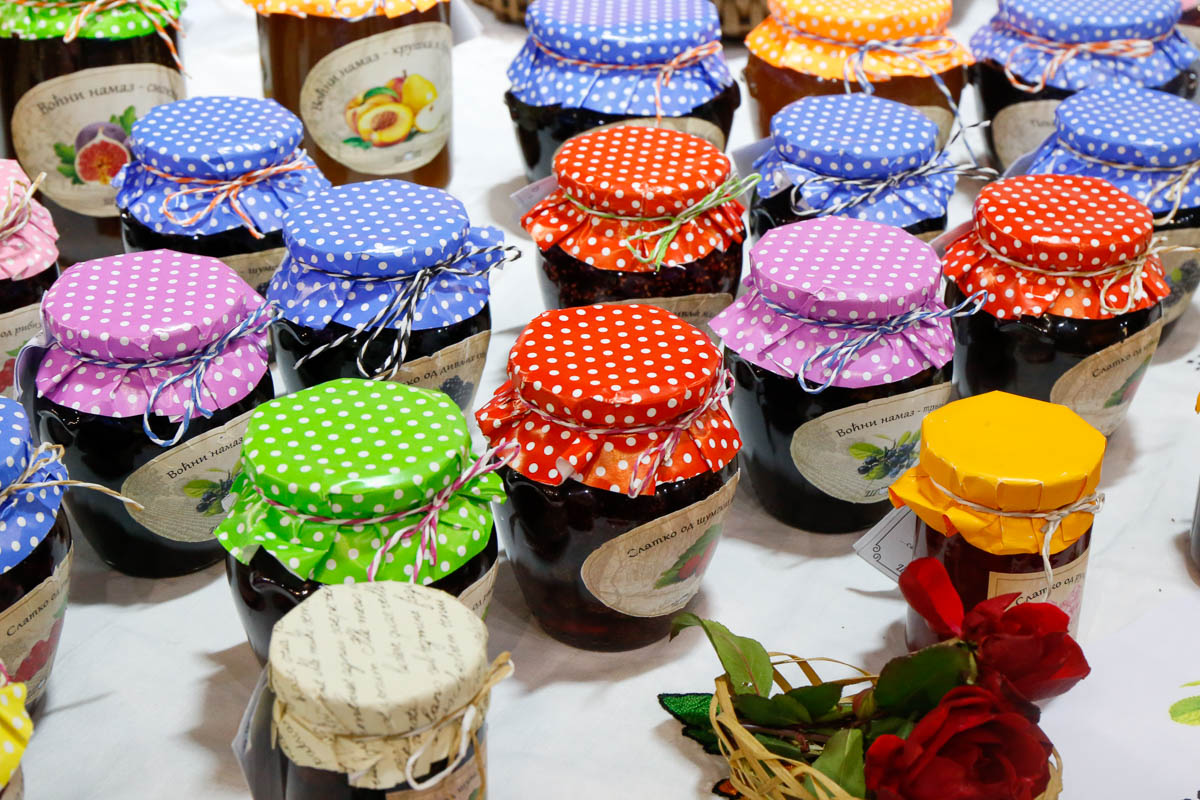 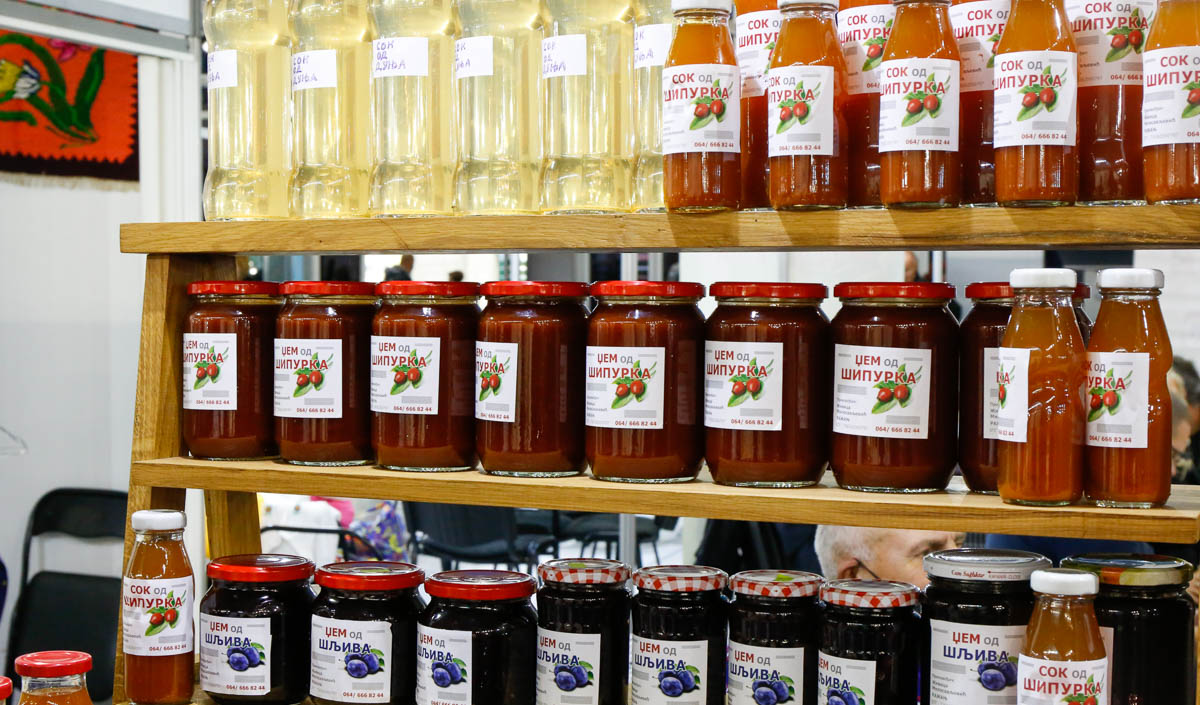 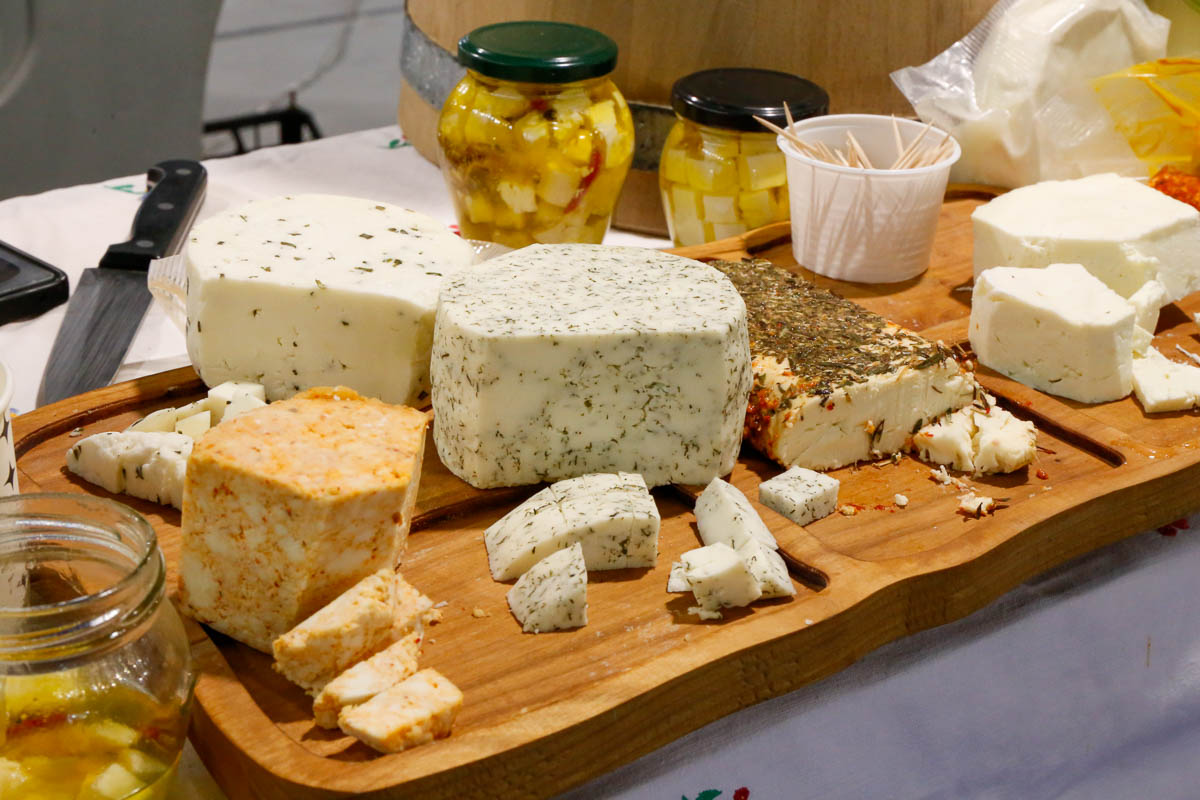 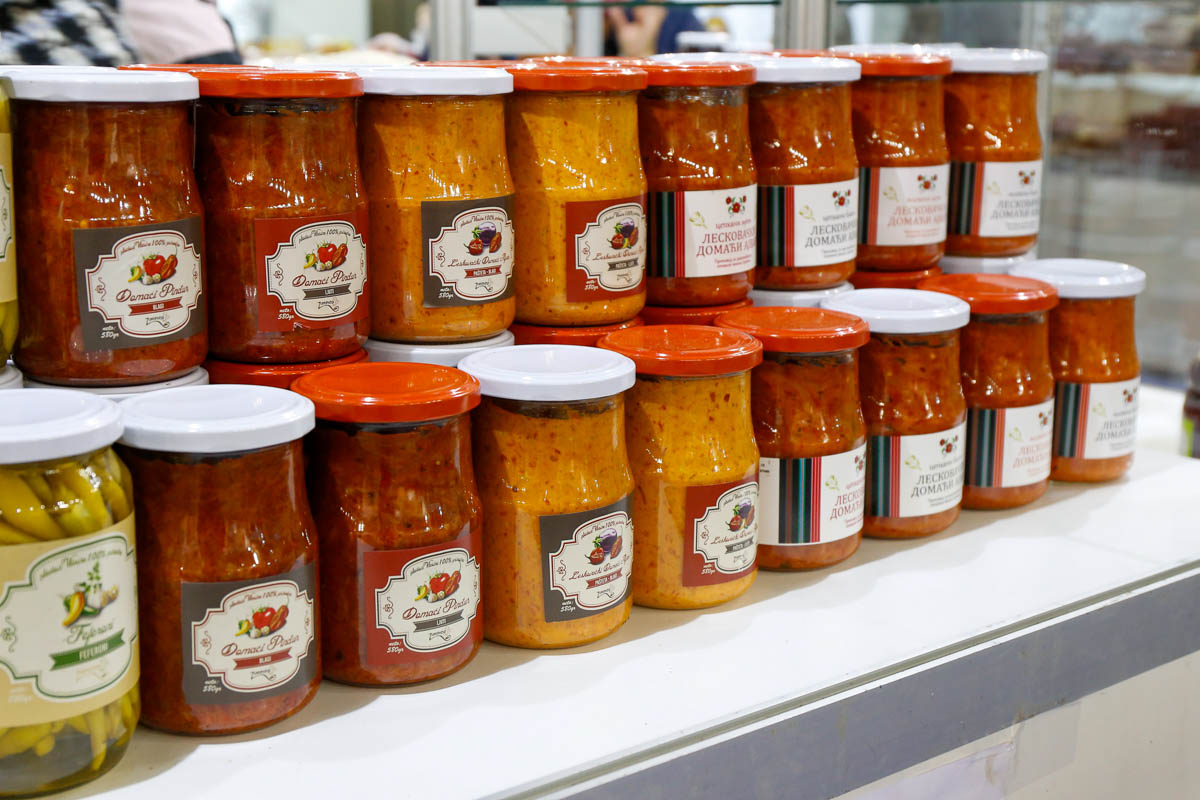 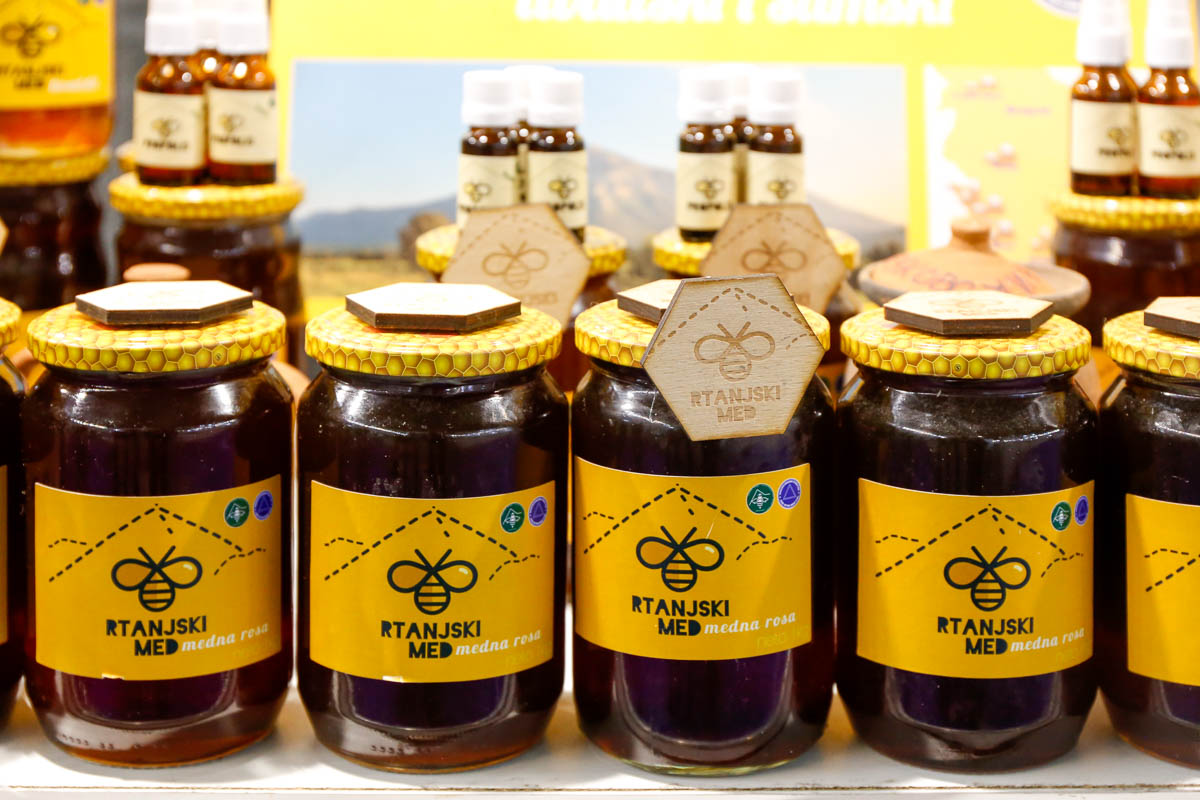 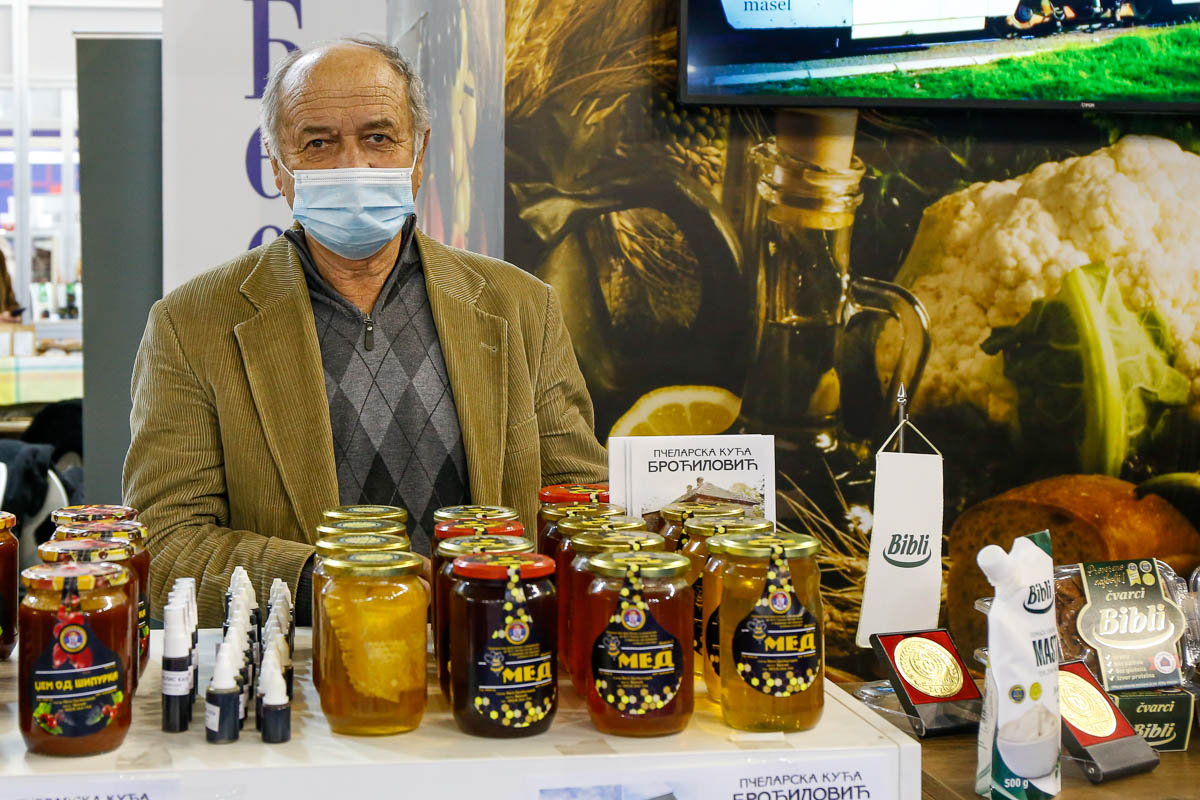 For business visitors the entry to the event is free, with a verified and completed application. For other interested citizens the price of a single ticket is 300 dinars, the price of a group ticket is 200 dinars. The parking is charged 150 dinars per hour.

The press and media representatives may enter the event with a valid pass which they will show upon entering Hall 3 of the Belgrade Fair.

The Belgrade fair will, in accordance with the epidemiological situation regarding COVID 19, undertake necessary measures for the protection of health of participants and visitors.

The award ceremony will be held on Sunday, the 28th of November at 1pm, also in the Ethno yard.