Talking about the forthcoming event, assistant of the Minister of Defense for material resources Dr. Nenad Miloradovic has stated: “there will be more than 70 large weapons and military equipment from the development of the Military Technical Institute presented at the exhibition, which works by itself or together with the Defense industry of Serbia, that includes: artillery-missile system, air defense systems, modernized battle vehicles, new armored vehicles, aircraft, unmanned aircraft and land platforms, anti-tank systems, telecommunication systems for fire control, off-road vehicles, as well as different types of guided and unguided missiles. Also, ”Jugoimport-SDPR” will present around 40 systems from its own development program, companies from the group of the Defense industry of Serbia will also present their development projects, except for the armaments developed together with VTI. In accordance with the international character of the event, together with the growing international military-technical and military-economic cooperation with partner countries, including the Russian Federation, France, the USA, PR of China, numerous western developed countries and partner countries from the Middle East and Africa, we are expecting the appearance of numerous foreign, renowned manufacturers of arms and military equipment”. 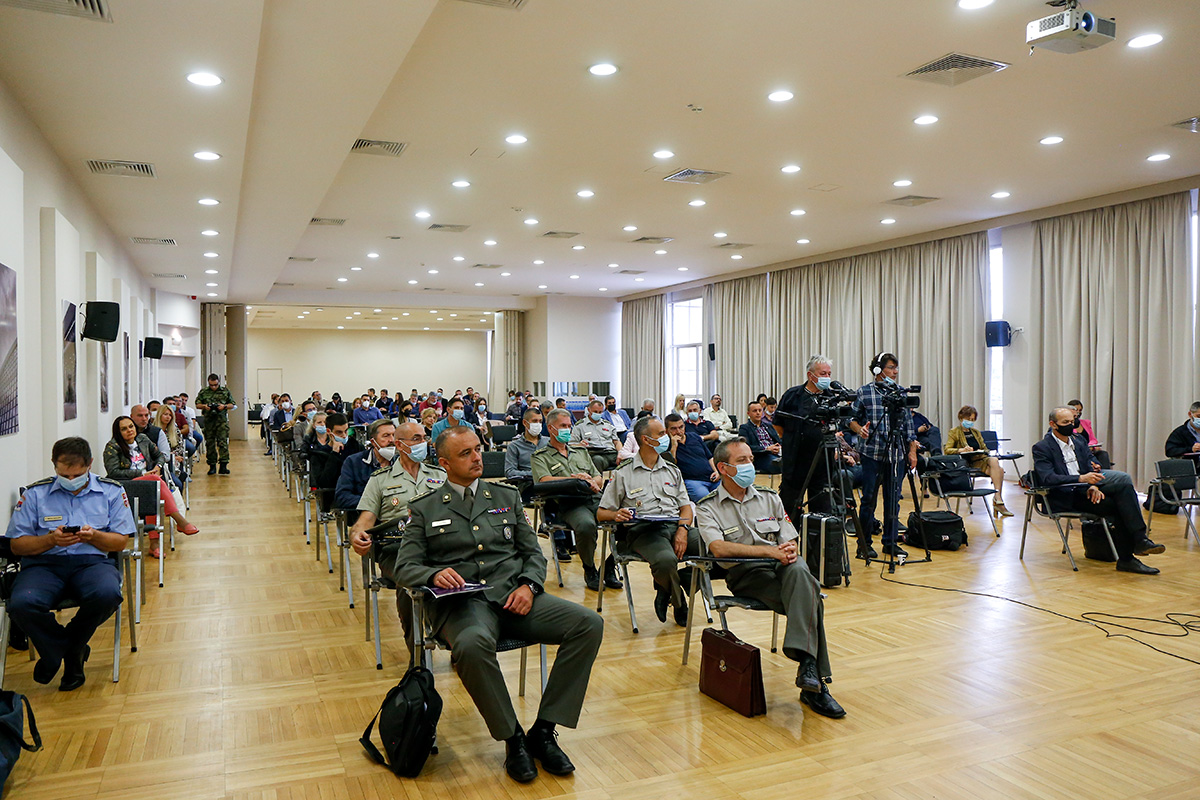 Assistant director of JP “Jugoimport-SDPR” for commercial affairs Aleksandar Lijakovic has pointed out that the company, as a co-organizer of the upcoming exhibition, will present itself within the three business missions that it has, as a carrier of development and manufacturing of complex battle systems and ammunition, as an integrator of the Serbian Defense industry on the global market and as a company that deals with supplying the Serbian army and Ministry of Internal Affair with resources from domestic production and imports.

Lijakovic also stated, that at the exhibition “Partner”, there will be exhibited products from development and manufacturing of the Jugoimport subsidiaries, such as “Borbeni slozeni sistmemi” from Velika Plana, with a plant also in Kursumlija, the factory “Belom” in Uzici, that manufactures small ammunition, “Utva” from Pancevac, as well as “Kovacki centar” and new “Kapislana” in Valjevo. Lijakovic pointed out that the Serbian Bank is also a part of the subsidiaries of the company “Jugoimport-SDPR”, not including the companies that are the technological members of the group, as a financial and a strategic partner of the company.

“Partner” is, in his words, an opportunity for presenting the group of subcontractors of Jugoimport. “It’s about a series of small and medium companies without which we wouldn’t be able to work. They provide the components and subsystems for our complex battle systems, including some more complex, such s the automatic charger for “Nora”. Those companies contribute to the display of total efficiency and power of our Defense industry, at the exhibition”

Mirjana Lukic, an advisor VD director of the Belgrade Fair, has pointed out that “Partner” is a result of the good cooperation of the Ministry of Defense and the company “Jugoimport-SDPR” and that the Belgrade Fair is trying to, as a third partner, be on top of the task. She reminded that the first exhibition had 23 exhibitors, but that it became a respectable event in the meantime, and the strongest exhibition in the Southeast European region, not just by volume, but also in quality and interest in participation of world-class exhibitors in the “Partner” exhibition, which is also confirmed by the participation of top notch exhibitors about whom we could only previously hear.

The tenth exhibition of arms and military equipment “Partner” will be held in the halls 1 and 4 and in the open space of the Belgrade Fair, on an area of about 26.000 square meters of exhibition space. During the duration of the exhibition, expert forums will be held as well as panel discussions on which military experts from the country and abroad, will have a chance to show their achievements and ideas and to exchange experiences in the field of defense technology, and if the circumstances allow, there will be held a demonstration of arms and military equipment with combat shooting on the range of the army of Serbia in Nikinci.