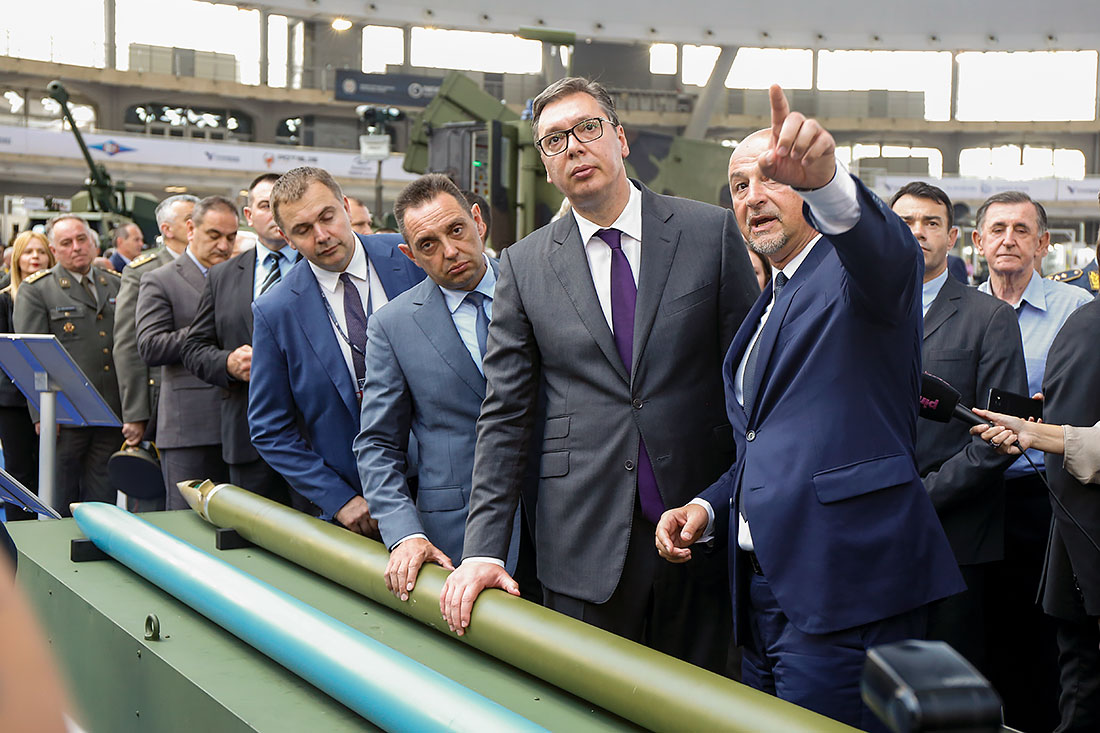 The 9th “Partner 2019” International Weapons and Military Equipment Fair was officially opened at Belgrade Fair today in Halls 1 and 4. The event was officially opened by Minister of Defense Mr. Aleksandar Vulin, whilst President of the Republic of Serbia and Commander-in-Chief of the Serbian Armed Forces, Mr. Aleksandar Vucic, Chairman of the Presidency of Bosnia and Herzegovina Mr. Milorad Dodik and Chief of General Staff Mr. Milan Mojsilovic attended the event.

The opening of the fair began with the intonation of the national anthem of the Republic of Serbia “God of Justice”, after which the audience had the opportunity to see films about the latest achievements of the Serbian Armed Forces and Serbian military industry, among which “Prva Petoletka Namenska” from Trstenik, “Milan Blagojevic Namenska” from Lucane, “Krusik” from Valjevo, etc. were presented. 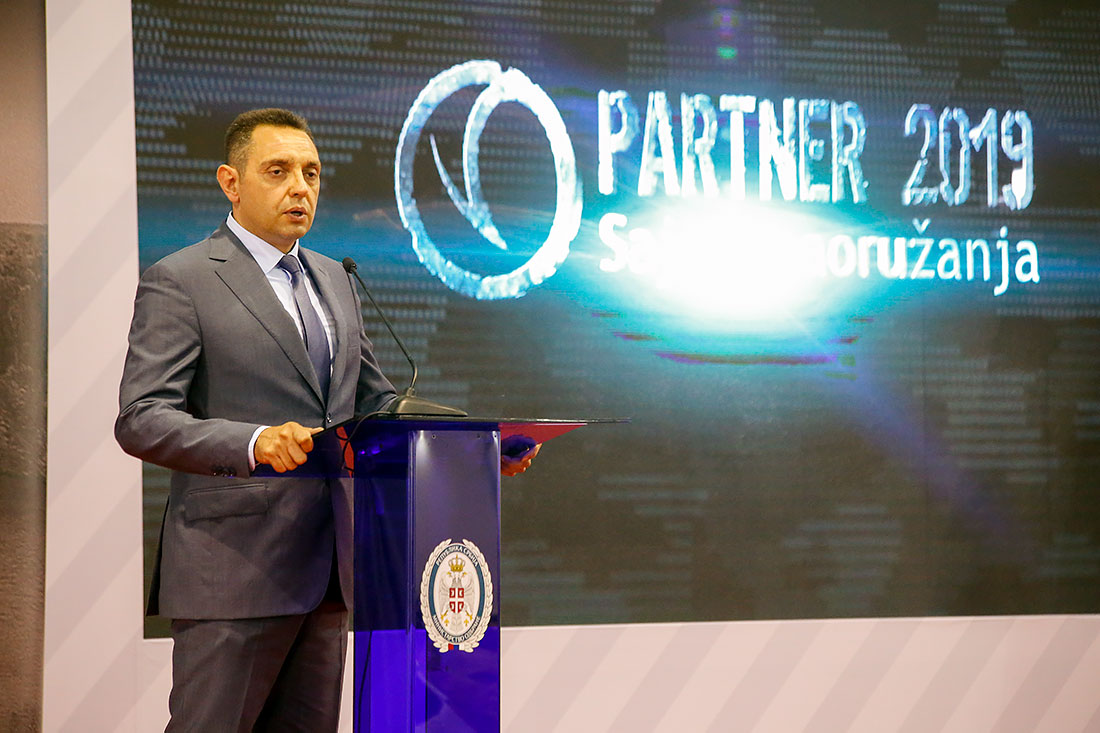 Minister of Defense of the Republic of Serbia, Mr. Aleksandar Vulin and Jugoslav Petkovic on behalf Jugoimport SDPR Company also addressed the audience at the opening ceremony.

As regards the arms industry, Minister Vulin stressed out that in 2011 export had been three times less compared to current export of products, which now exceeds the value of 500 million dollars. The Serbian Armed Forces is proud that it can cooperate with the defense industry, as stated by the Minister.

Mr. Jugoslav Petkovic, a Director of Jugoimport SDPR, said that over the past six years, more than 100 million euros had been invested in the production, as well as in many projects, vehicles, drones, and that some of these assets were already in use.

President Vucic was pleased with the achievements of the Serbian Armed Forces, as well as with the arms industry in its entirety. He stressed out that a very good cooperation has been established with the Airbus and that Serbia will receive more helicopters than before, that is, 5 helicopters for the army, 4 for the police force, and that 3 more aircrafts are due to arrive. He said that such a helicopter would help a lot in times of crisis such as floods, with the conclusion that new purchase orders would ensue anytime soon. 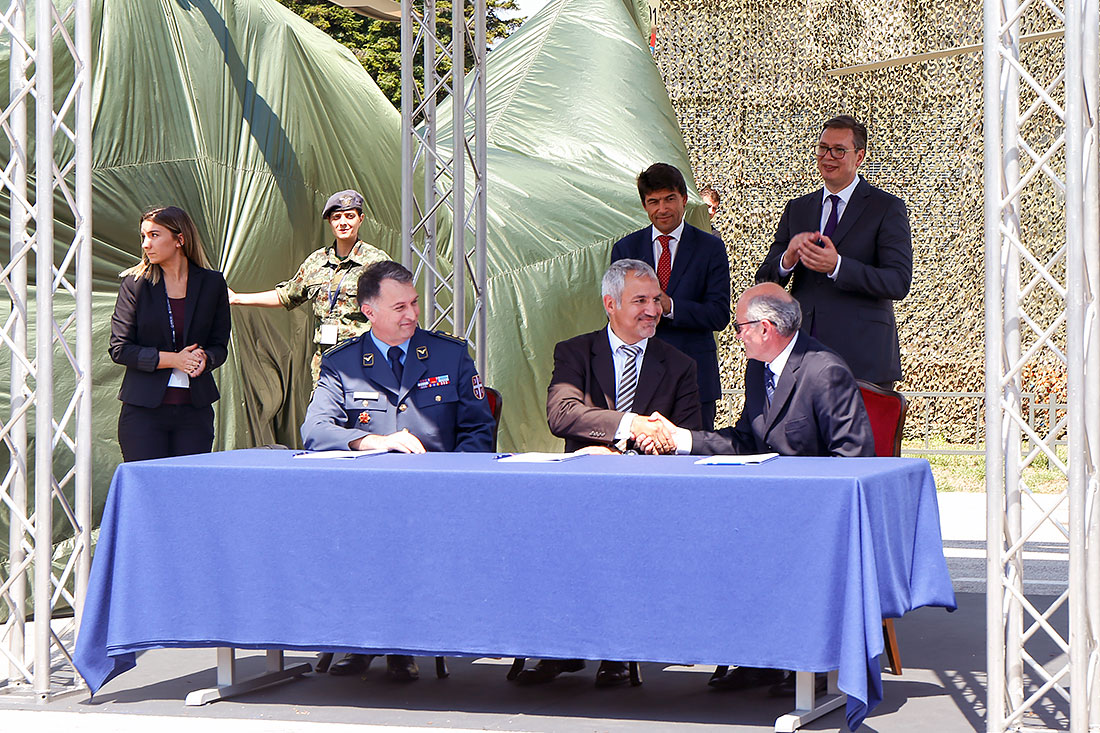 Serbian President, Mr. Aleksandar Vucic visited the stands at the Fair and attended the signing of a Service Center contract between the “Moma Stanojlovic” Aviation Institute and Airbus, as well as the official launching of H145M helicopter. The President stated that Serbia has made a significant progress in a financial sense, as well as in achieving better conditions for preserving its own integrity.