The first day of Belgrade International Tourism Fair marks the beginning of the “EU Cultural Heritage and Tourism” project, under which the EU and the German Ministry of Economic Cooperation and Development have invested 16.5 million euros for projects in eastern Serbia.

Serbian President Aleksandar Vucic attended the Tourism Fair, accompanied by the Head of the European Union Delegation, Sam Fabrici, and Deputy of Ambassador at the German embassy in Belgrade Dorotee Gizelman.

The focus of the “EU Cultural Heritage and Tourism” project is on eight municipalities and cities in Eastern Serbia and the Danube region – Smederevo, Pozarevac, Kladovo, Negotin, Zajecar, Veliko Gradiste, Golubac and Majdanpek.

At presentation, President Vucic said that eastern Serbia would be different once all these projects were implemented, adding that other branches, not just tourism, would be developed.

“16.5 million euros for various projects is a huge amount of money … It will not change everything because it is difficult, despite the overall success we have experienced in economic policy, to allocate money for these projects,” Vucic said.

He assessed that the EU was investing money in strategic development and tourism potential in a smart way, but also in depth and diversity, so that Serbia could attract different categories of people to come to the east of our country.

“Eastern Serbia and the Danube are pearls of Serbia, and its potential has not been fully recognized until this day,” Vucic said.

He recalled that with the help of the EU, the Golubac Fort was rebuilt and said that when the projects were completed, Kladovo, Negotin, Zajecar and other parts of eastern Serbia would look completely different. 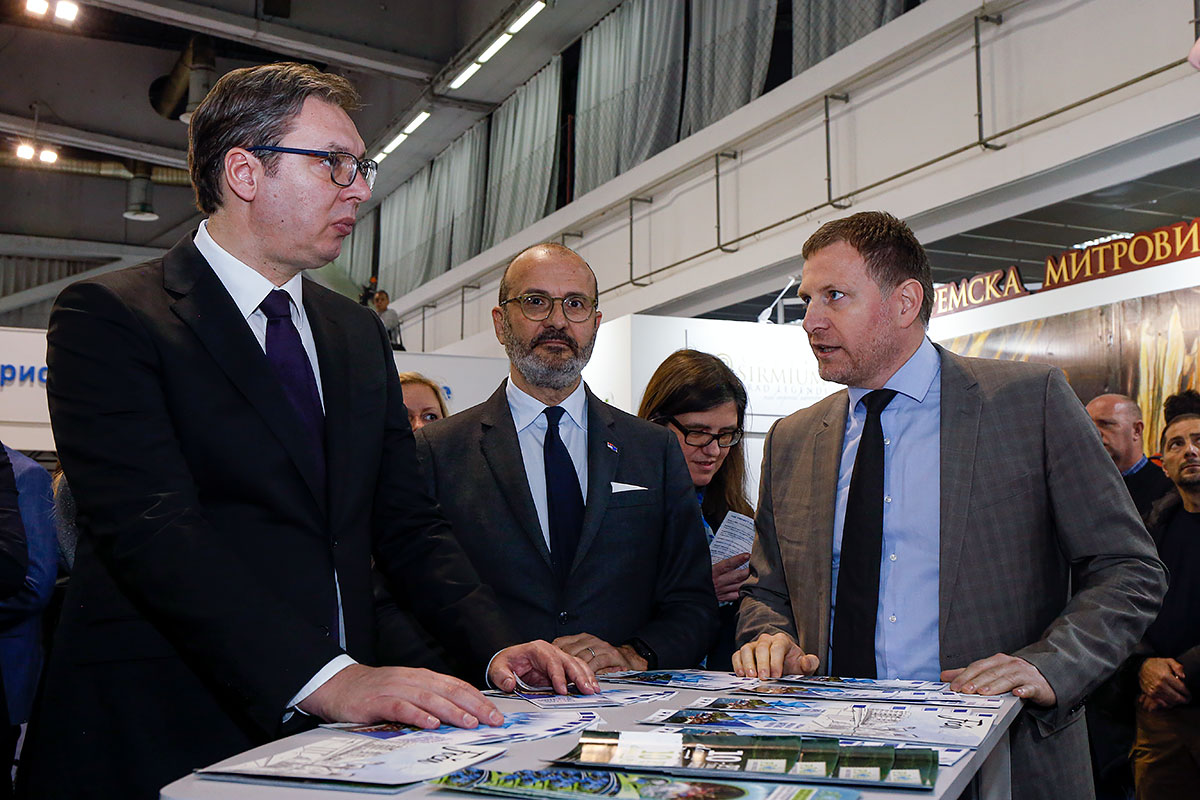 Lower Danube and eastern Serbia are an undiscovered tourist paradise with great potential, said EU Delegation to Serbia Sam Fabrici, adding that in the next three years, the tourist destination will be presented to Europe and the rest of Serbia.

Fabrici also said that he has been living in Serbia for four years and that it is a wonderful country with unique tourism.

Serbia’s cultural heritage is unique and we are here to help strengthen it, Fabrici said, adding that since the Golubac Fortress was reconstructed, more than 150,000 visitors from all over the world visited it.

“Eastern Serbia is not only a rich cultural heritage, but also a divine nature; it is also a wine region, so we plan to financially help Rajacka Pimnica, which nurtures the wine culture. This will provide all tourists not only with the opportunity to enjoy an overnight stay but also the wine magic of this area, “Fabrici further explained.

Deputy of Ambassador at the German embassy in Belgrade Dorotee Gizelman was pleased that GIZ is implementing a project for the development of Serbian tourism, recalling 20 years of German-Serbian development cooperation, and that in the previous period, the cooperation was primarily focused on strengthening the competitiveness of the economic sector, but also on creating better living conditions for the population.

Minister of Trade, Tourism and Telecommunications Rasim Ljajic thanked EU representatives and all those who contributed to the realization of the project, especially to the Ministry of European Integration, which is a partner to the Ministry of Tourism, and added that Serbia is one of the few countries in the region where tourism projects are highly ranked.

The “EU for Cultural Heritage and Tourism” is part of the “EUzatebe” campaign and project, which aims at developing tourism as a significant economic potential for the economic development of eastern Serbia and the Lower Danube region.

The project is funded by the EU with €15 million and the German Ministry for Economic Cooperation and Development with € 1.6 million, implemented by the German Organization for International Cooperation GIZ.

New dates for the Tourism Fair and the Beowine Wine Fair