Minister Ljajic: 2020 is the year of reforms and new investments in Serbian tourism

Travel deals and new destinations will be presented until Sunday, 23 February 2020 by more than 900 exhibitors from 40 countries with the presence of significant numbers of business visitors from all over the world. 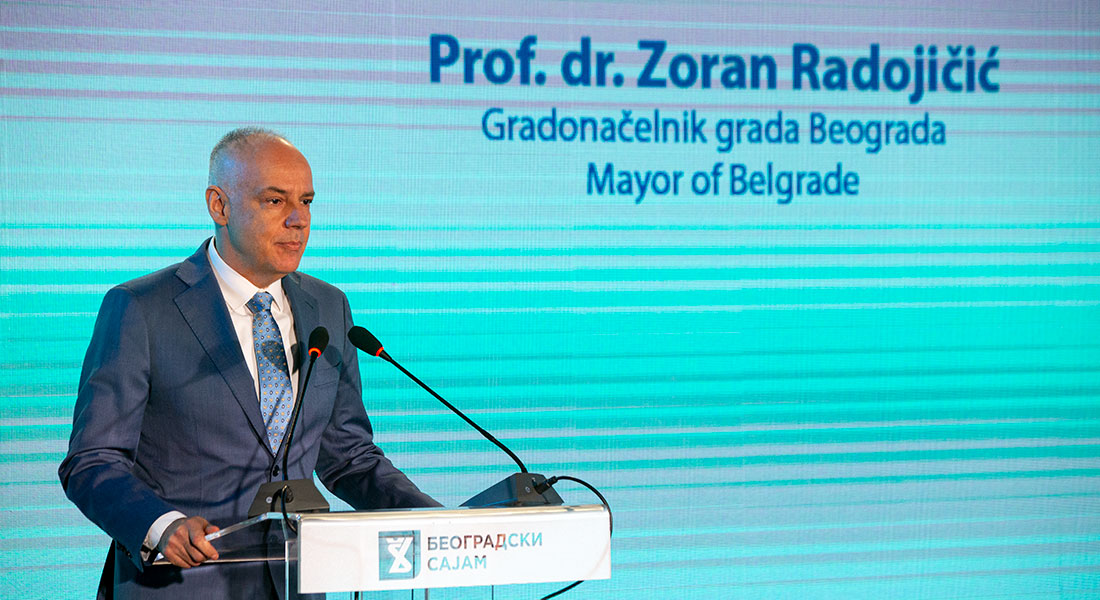 The opening ceremony featured a short film about Belgrade as a tourist destination, on which occasion a Belgrade Mayor Prof. Zoran Radojicic PhD pointed out that the capital of Serbia was recording a steady increase in the number of tourists and added that they were between eight and nine percent higher compared to 2018. As he said, last year 2,700,000 overnight stays had been recorded in Belgrade, whilst the capital of Serbia hosted more than a million foreign visitors for the first time ever.

Mr. Radojicic further added that Belgrade had a lot to offer both in terms of business and congress tourism, and that further development of the capital’s infrastructure would contribute to this segment as well.

– Last year, 13 new hotels were opened in Belgrade, meaning that currently there are 112 in total, for which reason the specified number is not enough for a city that is increasingly developing its tourist potentials, Radojicic said.

Mr. Radojicic expressed his satisfaction with the Republic of Egypt being the country partner at this year’s fair and emphasized that Serbia could learn a lot about tourism from a country which, as he says, is the cradle of civilization and has a rich cultural and historical heritage.

He added that Kenya and Slovakia were participating in the fair for the first time this year and that the fair would be far better compared to last year both in terms of travel deals and numbers of visitors. 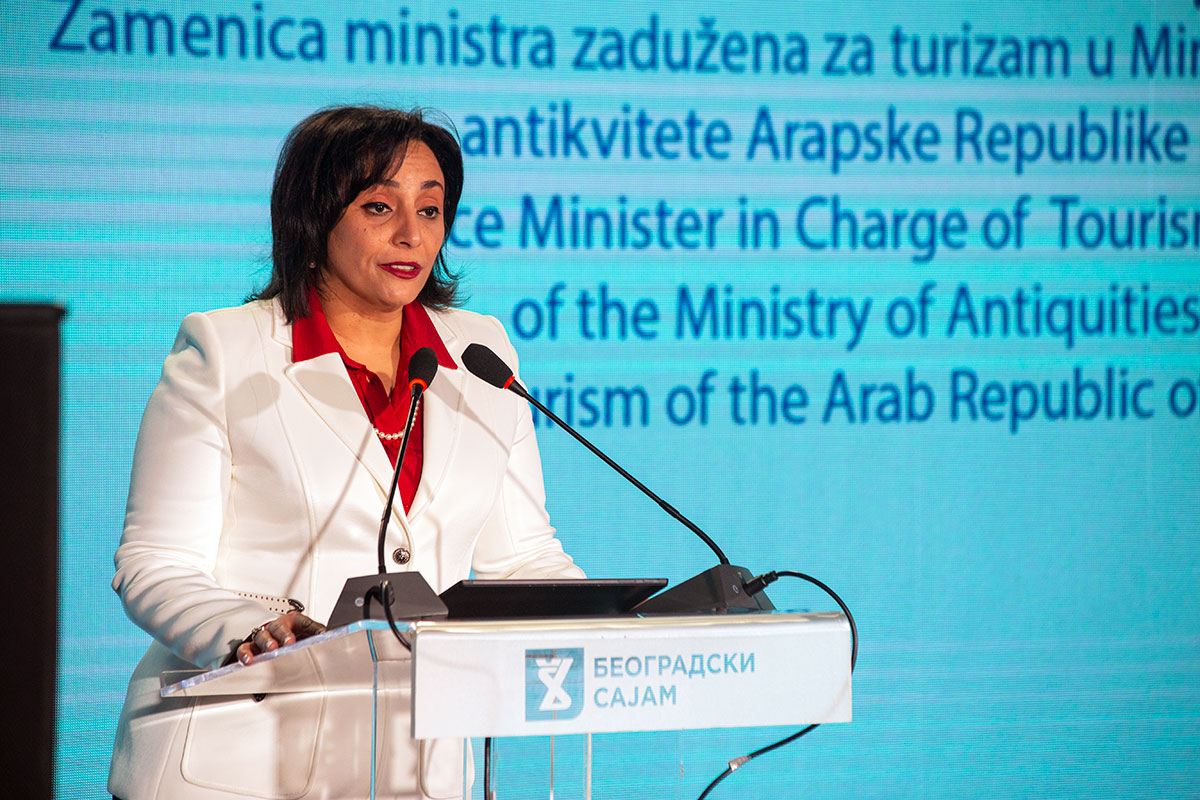 Since the audience had the opportunity to watch a promotional film about the Republic of Egypt, Gad Shalabi PhD, Deputy Minister in charge of Tourism at the Ministry of Tourism and Antiquities of the AR Egypt, laid special stress on friendly relations between Serbia and Egypt, for which reason the fair itself poses a good opportunity to make such relations even stronger.

The two countries’ tourism ministries have signed a Memorandum of understanding; thereby they both participate in a joint economic committee and a joint business council, and have entered three co-operation agreements between the six cities of Egypt and Serbia.

Belgrade Tourism Fair, the biggest tourism event, was officially opened by the Minister of Trade, Tourism and Telecommunications Rasim Ljajic saying that 2020 will be a year of reforms and new investments in Serbian tourism.

He said that 1.3 million citizens of Serbia travel for tourist reasons every year, and that the new regulations additionally protect passengers and prevent abuses and frauds, that is, order has been established in the work of travel agencies.

– The eTurist, the central information system, will be in operation from April, which will facilitate the check-in and categorization of tourist facilities, Ljajic said.

He also said that €200 million would be invested in 45 tourism projects, the most significant being the construction of a gondola from Brzec to Kopaonik, whilst significant private investments are being expected in this sector.

– Our goal is four million tourists in Serbia this year, both domestic and foreign ones, 10.6 million overnight stays and a foreign exchange inflow of 1.5 billion Euros,” Ljajic said, thus hoping that the corona epidemic would soon cease and that would not cause major damage to Serbia’s tourism. 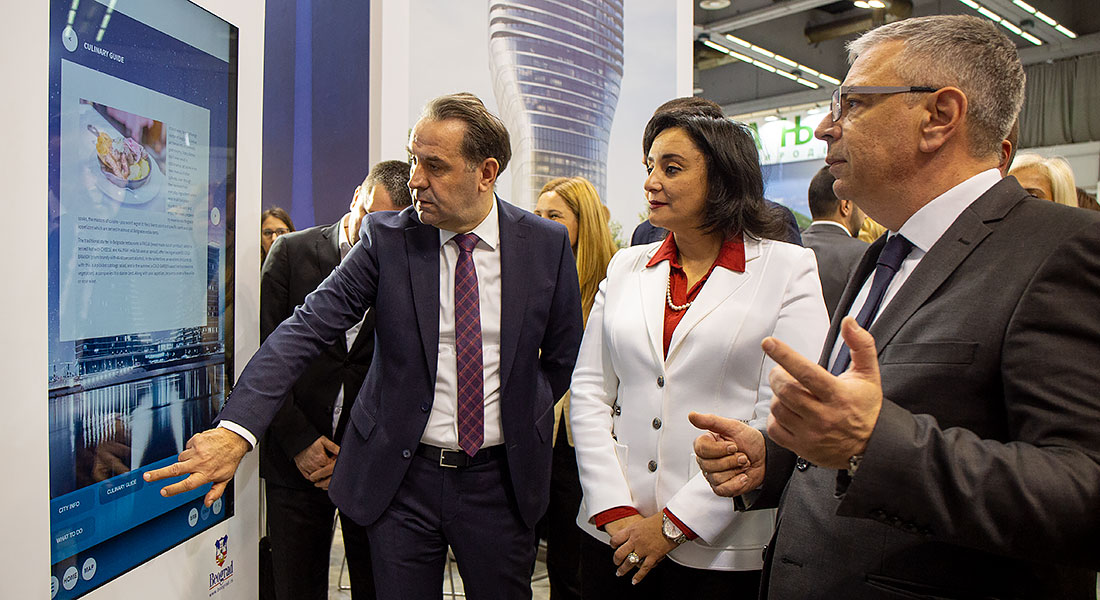 Visitors to Tourism, Wine, Catering and Souvenir Fair, aside from exclusive fair discounts, travel and holiday destinations, will also have the opportunity to enjoy the flavors and aromas of comprehensive gastronomic offer, specialties of this region, and taste the best wines, brandies, drinks, and buy souvenirs from all over Serbia.

Presentations at the stands, demonstrations of catering skills on state-of-the-art equipment along with product tastings, are the reason why visitors expect this irreplaceable and extraordinary event with great enthusiasm every February.

All languages in the world will be spoken under the beautiful domes of Belgrade Fair, that is, at the largest tourist fair in the region, thus promoting the most beautiful values ​​of cultures, peoples and customs, asserting the rich symbolism of travel.

Parking fee shall be collected in the amount of RSD 200.00 an hour.

New dates for the Tourism Fair and the Beowine Wine Fair