Trivan: What in Germany trash is, will not be imported into Serbia anymore

Trivan: What in Germany trash is, will not be imported into Serbia anymore 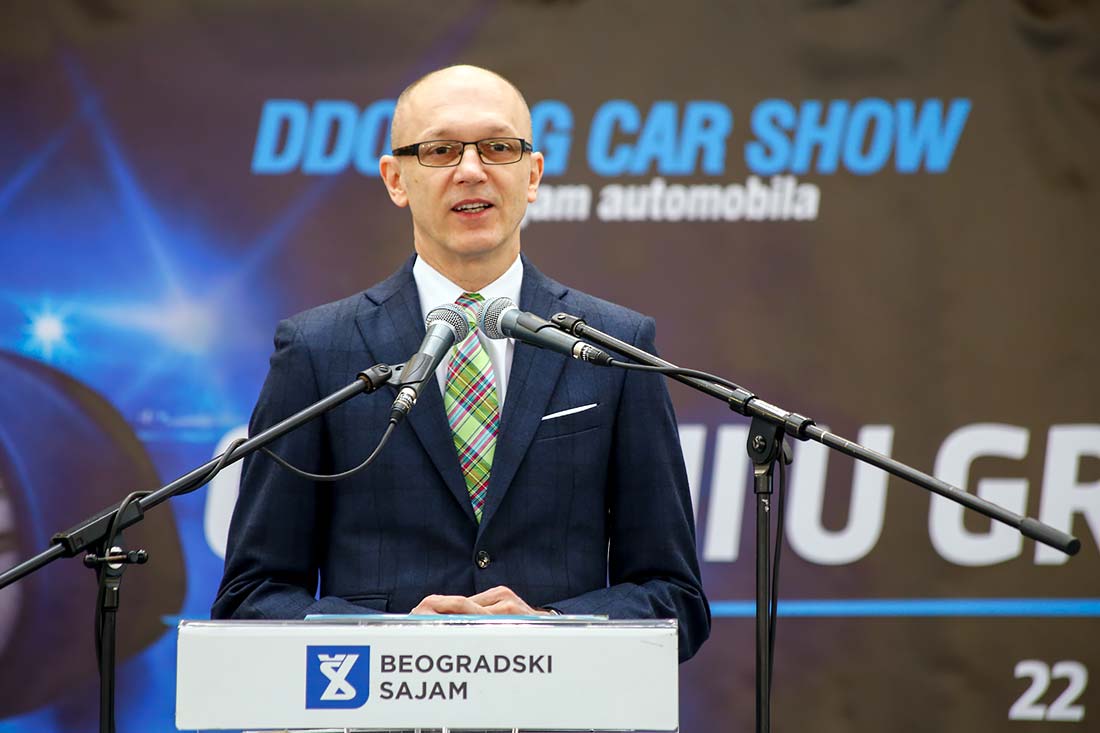 The spectacle began – DDOR BG CAR SHOW 06 and the 12th International Motorcycle Show MOTOPASSION have been opened. In the Anniversary year, when we celebrate eight decades since the First International Motor Show, a message comes from Belgrade Fair – The Main Ones in the City, just like this year’s motto of the events.

Expressing his pleasure that the Car Show is opened for the first time by someone dealing in environmental protection, Goran Trivan, Minister of Environmental Protection in the Government of the Republic of Serbia, said it was a clear sign that something is changing significantly in this branch:

– A car has undoubtedly become the axiom of modern life. Thus, I agree the story about cars is with a good reason permeated with emotions. Unlike the world, in which many things have already changed, the question is how fast the changes go on in Serbia, we are at least going the right way. Although we lag behind the world at least for 25 years, the encouraging fact is we like the automobile industry, but we have someone to learn from if we just ‘look over the fence’. We have no choice, we have to fit into the new time, but cars have to be environment friendly, said Trivan.

The Minister explained the fact says a lot that Serbia imports 26 thousand new cars and 131 thousand used cars annually, since we have to think how safe the used cars are:

– Low interests may not be above human lives and this is the end of lack of payment the environmental tax for the used car import. We know the regulations are avoided in different ways, but we shall prevent it. After the energy, traffic is the second polluter in Serbia, but we intend to help in all sections of the automobile industry. Of course – not at any cost, since the cars declared in Germany as trash may not be imported into Serbia – we have just prevented it and will continue such practice, said the Environmental Protection Minister.

Highlighting the electric or hybrid cars were the future and all those who did not realize it were late, Goran Trivan said the Ministry led by him will consider the ways to help this section of the automobile industry, although the contemporary classic cars were not such big polluters either, owing to the new technology. Besides, the Ministry would take care of the exhaust gas emission along with those carrying out vehicle inspection.

Completing this “brief environmental story”, Goran Trivan returned to the story beginning and with the statement “This is really the matter of emotions – love for cars, but also love for one’s own country”, he declared the Car and Motorcycle Shows opened. 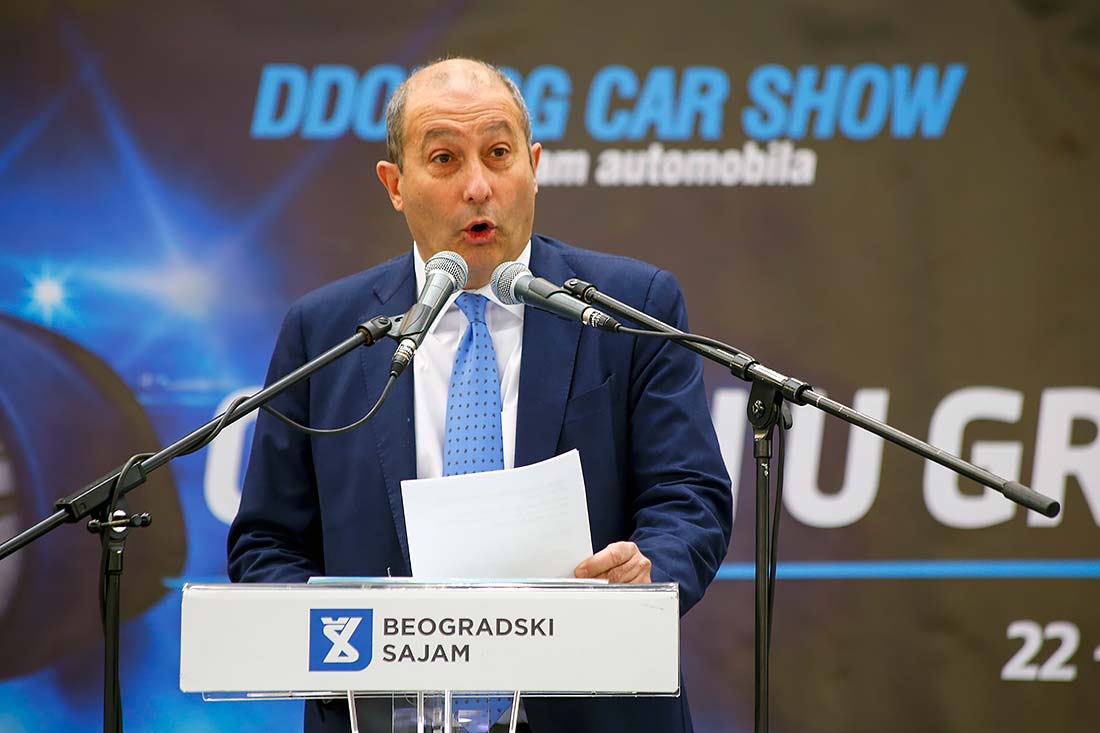 On behalf of the General Sponsor of these events – the insurance company DDOR Novi Sad, Mr. Giorgio Marchegiani, PhD, President of the Executive Board, said at the Festive Opening cars were very important for an insurance company and reminded the Car Show celebrated 80 years of existence and DDOR 72 years.

– There is a great demand for vehicles, the total sum varies between 4.5 and five billion Euros and 15 percent of the GDP of Serbia is related to the automobile industry, which are high figures, said Mr. Giorgio Marchegiani, PhD. – The only negative side are the pollutions produced by the cars. Thus, there is a long way for Serbia in this branch. Serbia has to work on three points – high technology introduction, education and creation of contemporary environmental policy. This has already been done, since a special section devoted to the e-cars is at the Fair for the first time. The aim is the pollution reduction and safety increase, where we shall help along with NAVAK and the Ministry of Interior. The insurer’s role is significant also in the daily life – it provides calm and safety during driving, said Marchegiani, PhD. 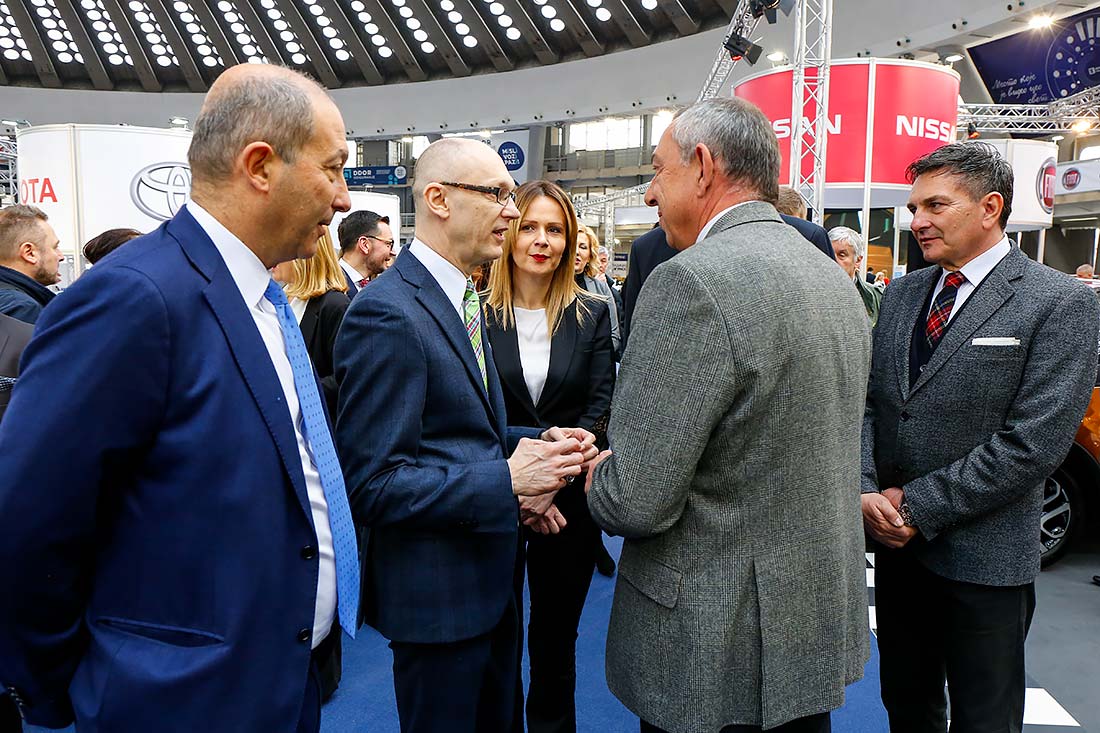