This year is also the same – both 53rd International Motor Show and the 11th Motopassion attract attention of the widest audience. Thus, there is no wonder the slogan is The Years Pass, the Passion Remains. Huge crowd already at the festive opening confirmed also this year’s car & motorcycle happening would gather many four-wheeler and two-wheeler fans.

And that football and cars are the eternal men’s passion was confirmed by Goran Knežević, Minister of Economy, saying the automobile industry in Serbia had the history longer than 80 years:

With the remark the Association of Motor Vehicle Manufacturers of Serbia was established 70 years ago and it was a nice Anniversary, Aleksandar Vićentić, President of the Board of Directors of this Association, reminded of the several decades long successful cooperation with Belgrade Fair. He said the Association was OICA member and thereby also the license holder for this event holding. Having reminded the automobile industry was expected to be innovative, advanced, to have affordable prices, to meet and exceed the buyers expectations, Vićentić wished the exhibitors ten successful Fair days. 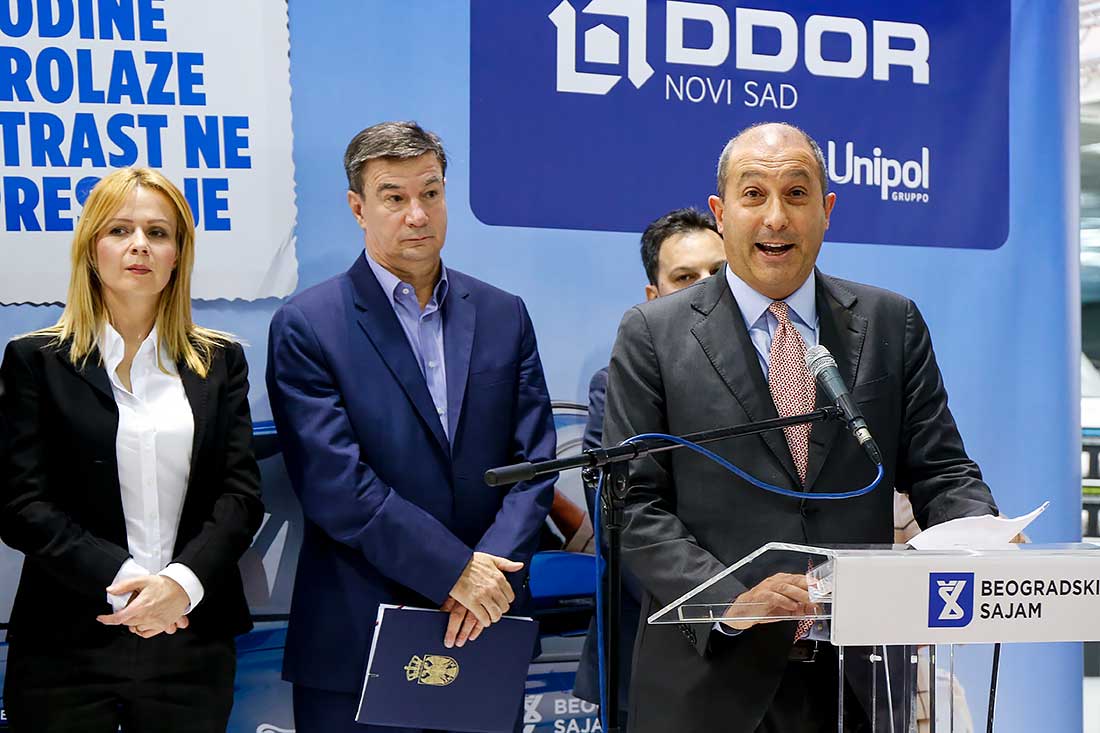 On behalf of the General Sponsor of this event – the insurance company DDOR Novi Sad, the CEO, Dr. Giorgio Marchegiani, said DDOR had insured up to date 10 million cars and it was a company dealing in safety in all sections. He finished his speech to the guests at the festive opening joking, saying the cars brought emotions and DDOR made these emotions safe.

The Motor Show and Motopassion last till Sunday, April 2 and the visitors may look at the offers of 410 exhibitors from about thirty countries in all ten Belgrade Fair Halls.