On the first competition day – July 8 – in the senior competition in the FIN Class the first three places were won by the competitors from Serbia. The first one was Stefan Pavelka, the second one Boško Laćimić and the third one Nikola Đorđević.

Also in the F1N – 150 Class (catapult sliders), in the senior competition, the most successful competitors were from Serbia. The first place was won by Vojislav Stojković, the second one Slobodan Milić and the third one Svetozar Gostojić.

The most successful competitors in the FIN junior competition were Vidak Veselinović and Aleksandar Ristivojević from Serbia. 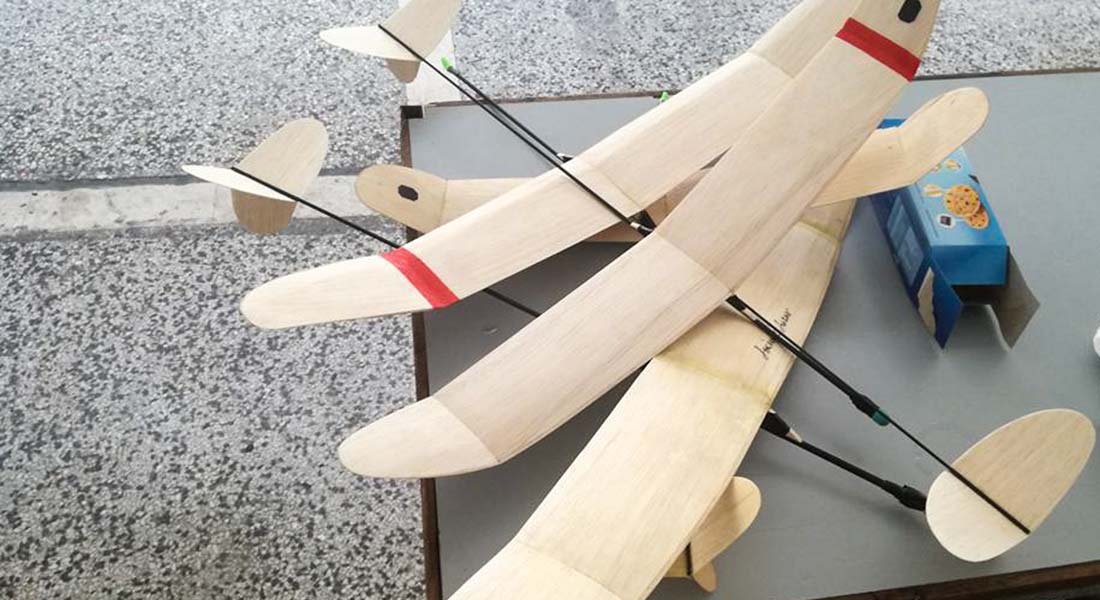 On the second day in the senior competition, in the FIN Class the most successful were Lazar Laćimić, Nikola Đorđević and Ivan Đeorgievski, and Lazar Laćimić accomplished also the national record in the flight duration – 43.5 seconds.

In the junior competition in this class, the most successful ones were Vidak Veselinović and Aleksandar Ristivojević.

“The Fair Minute” is the award established last year, in 2016. It is awarded for the accomplished flight record of the catapult slider model FIN – 150 Class. Just like the award title reads, the diploma is awarded for the flight in the Hall 1 and it takes at least a minute. The award was not granted so far, since no flight was longer than 60 seconds. The unofficial record, two years ago, with the flight of 57.7 seconds has got Vojislav Stojković. The best this year’s result was 53.1 seconds.

The flight record of the catapult slider in the FIN Class was accomplished by Stefan Pavelka with the 72 seconds flight. Actually he “defended” the last years victory and the accomplished time is the record of Serbia, as well. 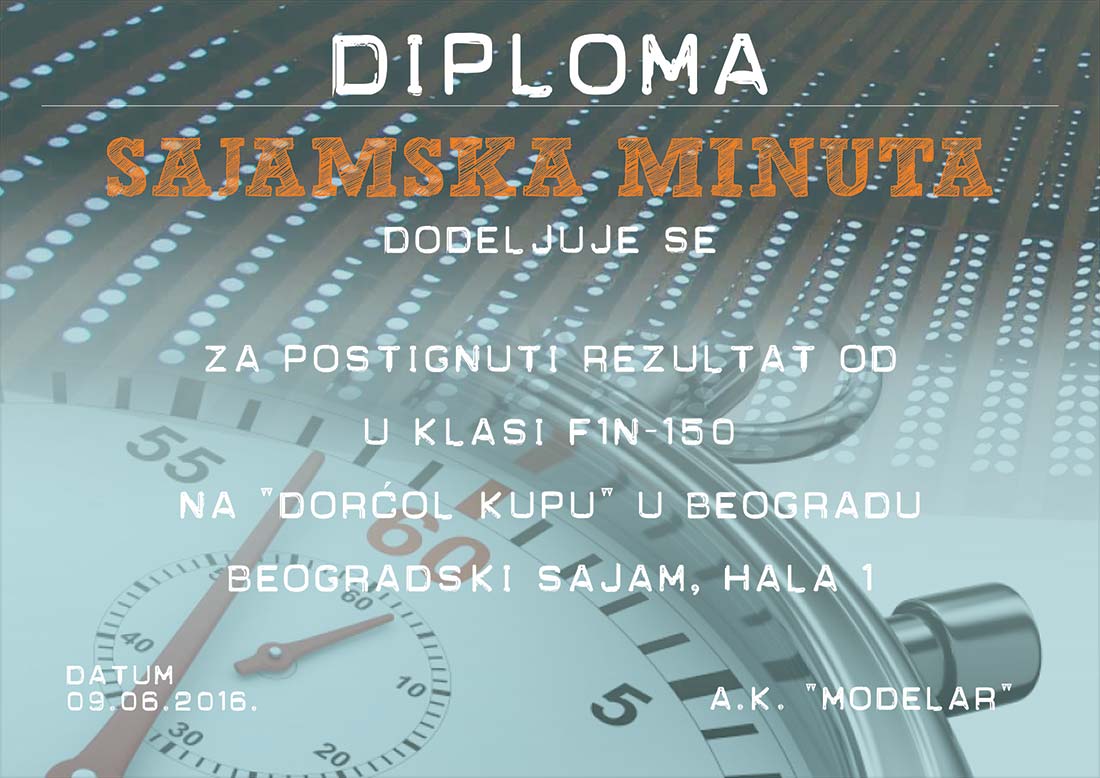