DDOR BG CAR SHOW 06 and 12th MOTOPASSION, the largest car and motorcycle event in the region, has been closed. During the event, Belgrade Fair was visited by 132,525 visitors, which satisfied everyone – the organizers, exhibitors and other commercial participants, but also businessmen, importers, distributers, etc.

According to inofficial sources from the Serbian Association of Vehicles and Spare Part Importers, but also according to the media statements of the exhibitors themselves, more than 3,000 vehicles of all categories were sold during the event, which shows the trend continuation of a significant recovery of the car market. 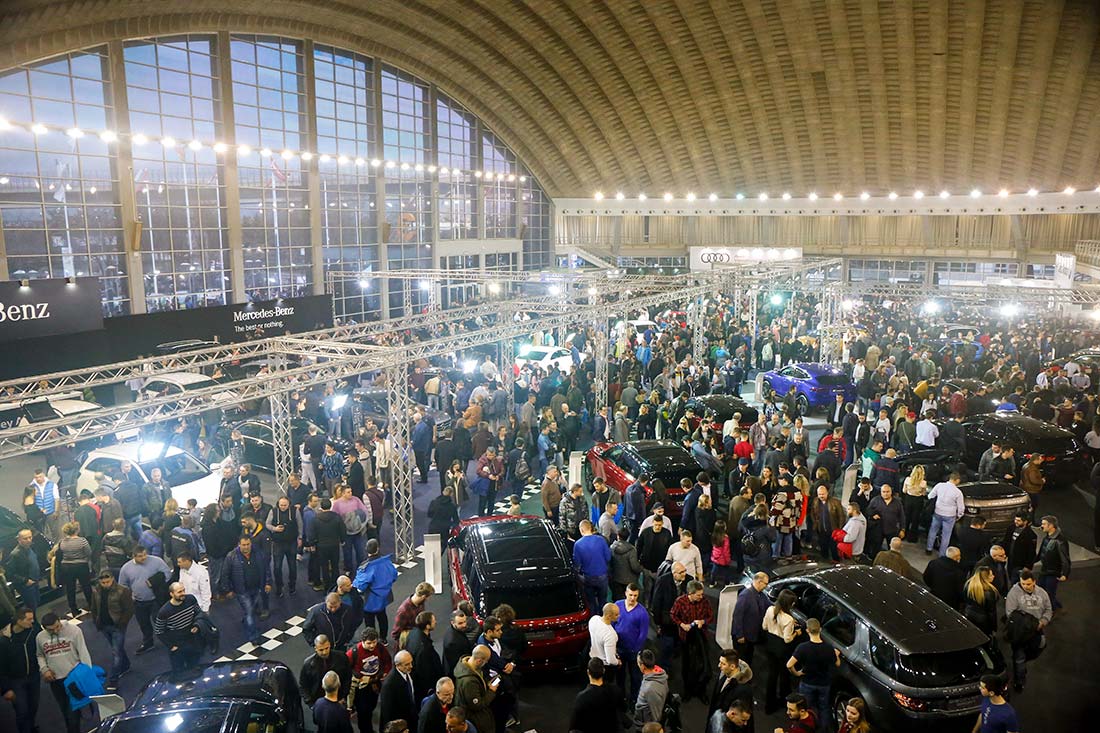 Under the slogan “The Main Ones in the City”, this most important annual event in the sector of the automobile and motorcycle industry in the region, but also in the Southeast Europe, gatheredwithin the Car Show 306 exhibitors from about twenty countries, featured 34 car brands with 41 premieres of quite new car model, launched by the global production in the past year. Manufacturers of the lightweight commercial vehicles featured 10 renowned brands with 19 innovations. The Motorcycle Show hosted 73 exhibitors, which presented 36 brands of motorcycles, ATV and other motor vehicles and bicycles with even 41 innovations. In total, about 600 various vehicle models were exhibited at both Shows. 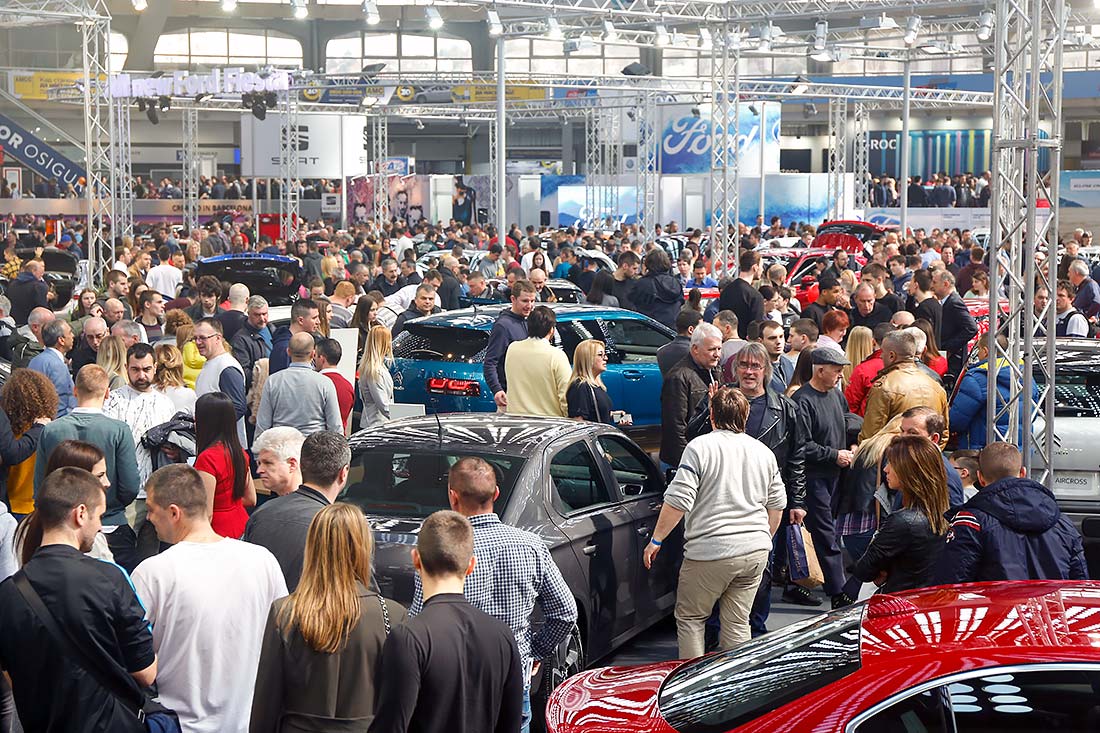 As expected, outstanding visitors’ attention was attracted by exclusive cars from the premium section – among them Mercedes-Benz, BMW, Audi and British Motors (Land Rover and Jaguar). The more impatient and rather wealthy buyers managed to “grab” or book the most exclusive and expensive models of the most brands and categories already in the first few days.

Motopassion, which was situated in the Halls 7, 8 and 9, was marked by the traditional global motorcycle brands – BMW, Harley Davidson, Honda, Yamaha, Suzuki, SYM, Ducati, Kawasaki, KYMCO or the names of the PIAGGIO Group. The Indian Motor Cycle i E-scooters featured for the first time at the Motopassion. The visitors accepted with outstanding pleasure the organizers’ idea to pay special attention to electric cars, motorcycles and bicycles this year. Special Green Zone was devoted to them in the Hall 7. The same refers to an innovation, as well – a polygon in front of the “Motorcycle Halls” intended for the capability and advantage presentation of the e-vehicles, but also the education of the motorcycle safe riding. 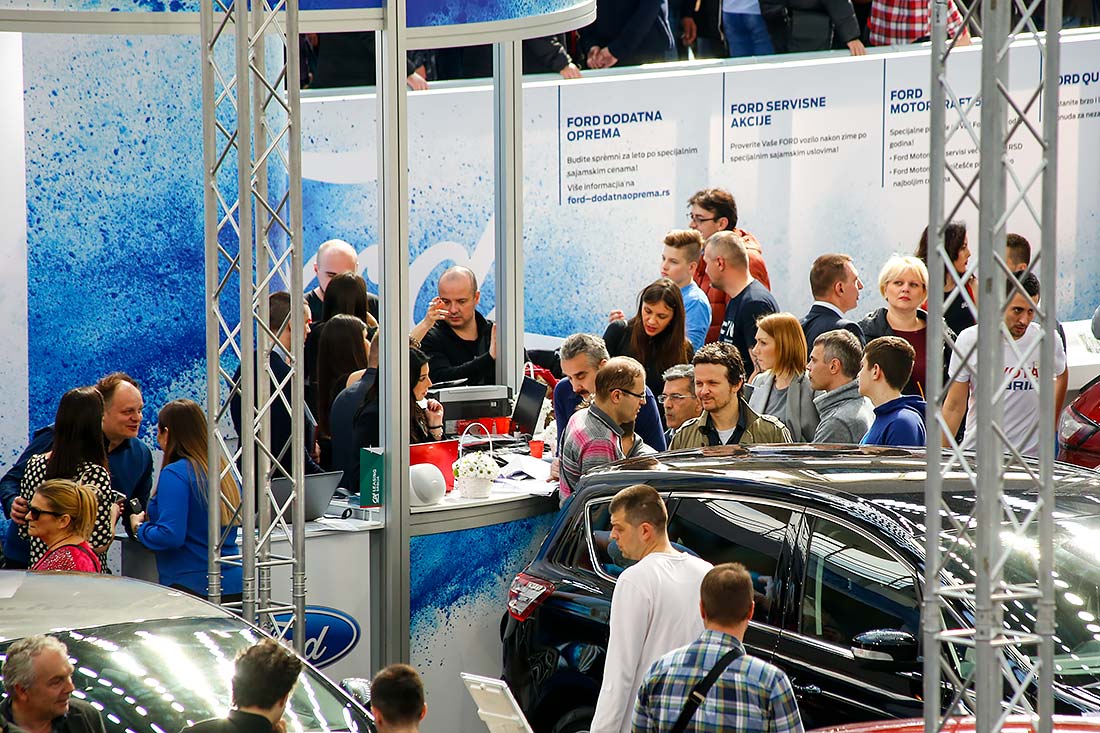 A great part of the job was carried out also by the banks, leasing and insurance companies, financing sectors in the car and motorcycle companies, but also the facilitations offered by the salesmen and distributers.

Like every year, DDOR BG CAR SHOW 06 and 12th MOTOPASSION paid outstanding attention to the professional side event program in all its forms, as well. With many individual promotional conferences of the exhibitors, the side event program was a serious support to the main, exhibiting part.

The whole this car & motorcycle happening was an opportunity and reason also for different slections, evaluations and ranking.

Thus, already in the preshow period, the traditional journalists’ Press Slalom Srbija 2018 was organized by the Journalists’ Association of Serbia and Belgrade Fair. The winner of the main journalists’ category up to 1,200 ccm is Miloš Živković and above 1,200 ccm Nikola Isakov.

The Jury of the Association of the Automobile Journalists of Serbia declared Volkswagen Polo The Car of the Year in the category up to EUR.15,000 at Serbian market 2018. In the price category of more than EUR.15,000, this is Mercedes-Benz S-Class; In the SUV/Crossover category this is Volvo XC60 and in the Best Buy category the winner is Opel Crossland X. 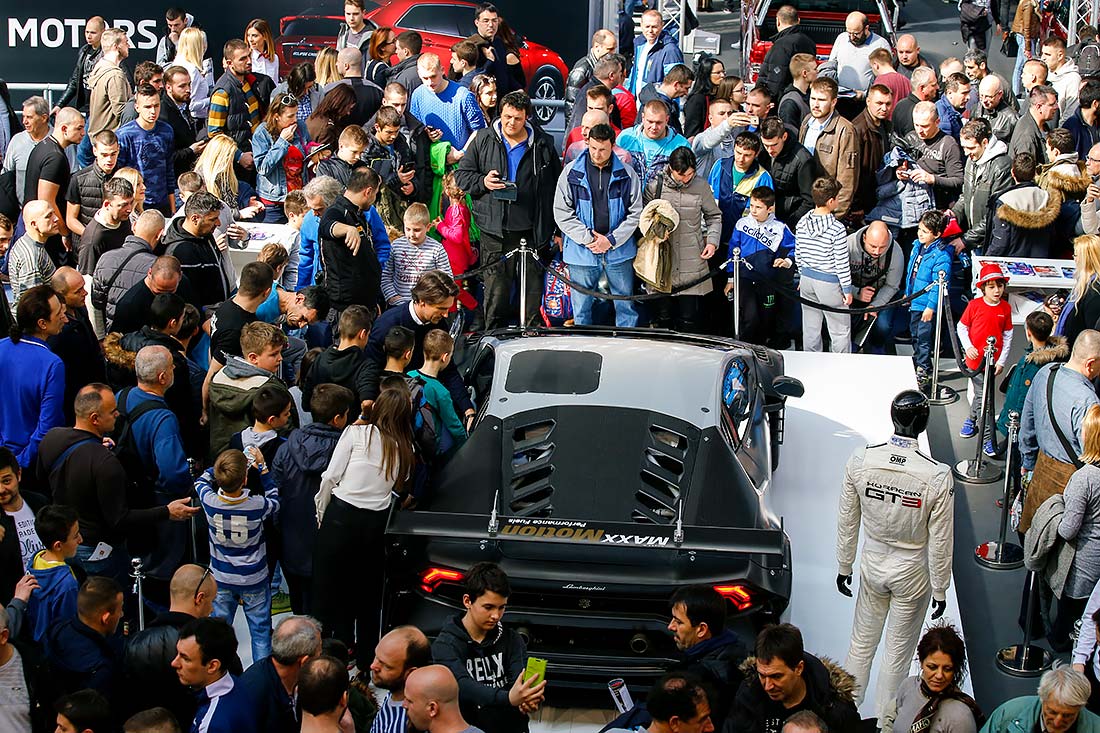 Automobile Forum, the Association of Automobile Journalists and Other Automobile Branch Experts, awarded its traditional awards for remarkable results in the automobile industry and car & motorcycle sport. Golden Medals were deserved by the motorcycle Kawasaki 900 RS, scooter Yamaha TX, electric – environment friendly vehicle K6, Marinković- Hofmann company – for garage equipment, Galax company – for the environmental friendly packaging recycling, Elping company – for the satellite follow up of vehicles, Zoran Lupšić, long term coordinator of these trade fair events, for the excellent organization of these Shows and the Royal Step marketing agency.

Ivana Okijević is the Miss of the Shows

The Car Show could not be without the reminder of the hostesses, either, who additionally decorated the shining models of the cars and motorcycles and the winner of this year’s competition and selection of Miss DDOR BG Car Show and Motopassion was Ivana Okiljević, who decorated the BMW stand.