Ms Nevena Golubovic – Miss of the 54

Ms Nevena Golubovic – Miss of the 54 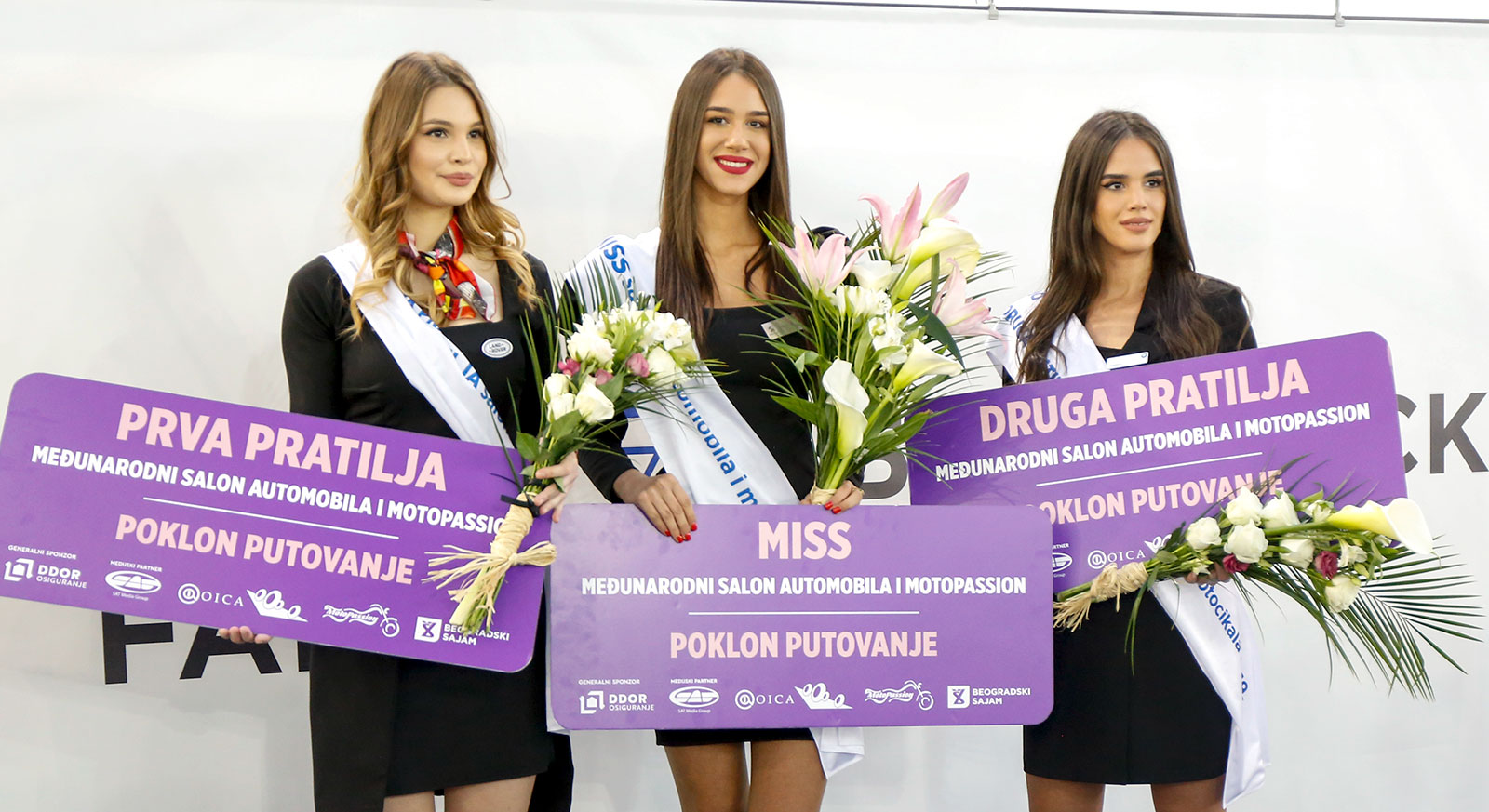 Competition for the MISS title, i.e., for the most beautiful hostess among the most beautiful hostesses, who make the car and motorcycle exhibition stands look even more beautiful not only because of their character or charm, but also because of their education is neither a minor nor less important part of an overall atmosphere that follows the 54th International Motor Show and the 13th International Motopassion Motorcycle, Scooter, Quad and Equipment Show. 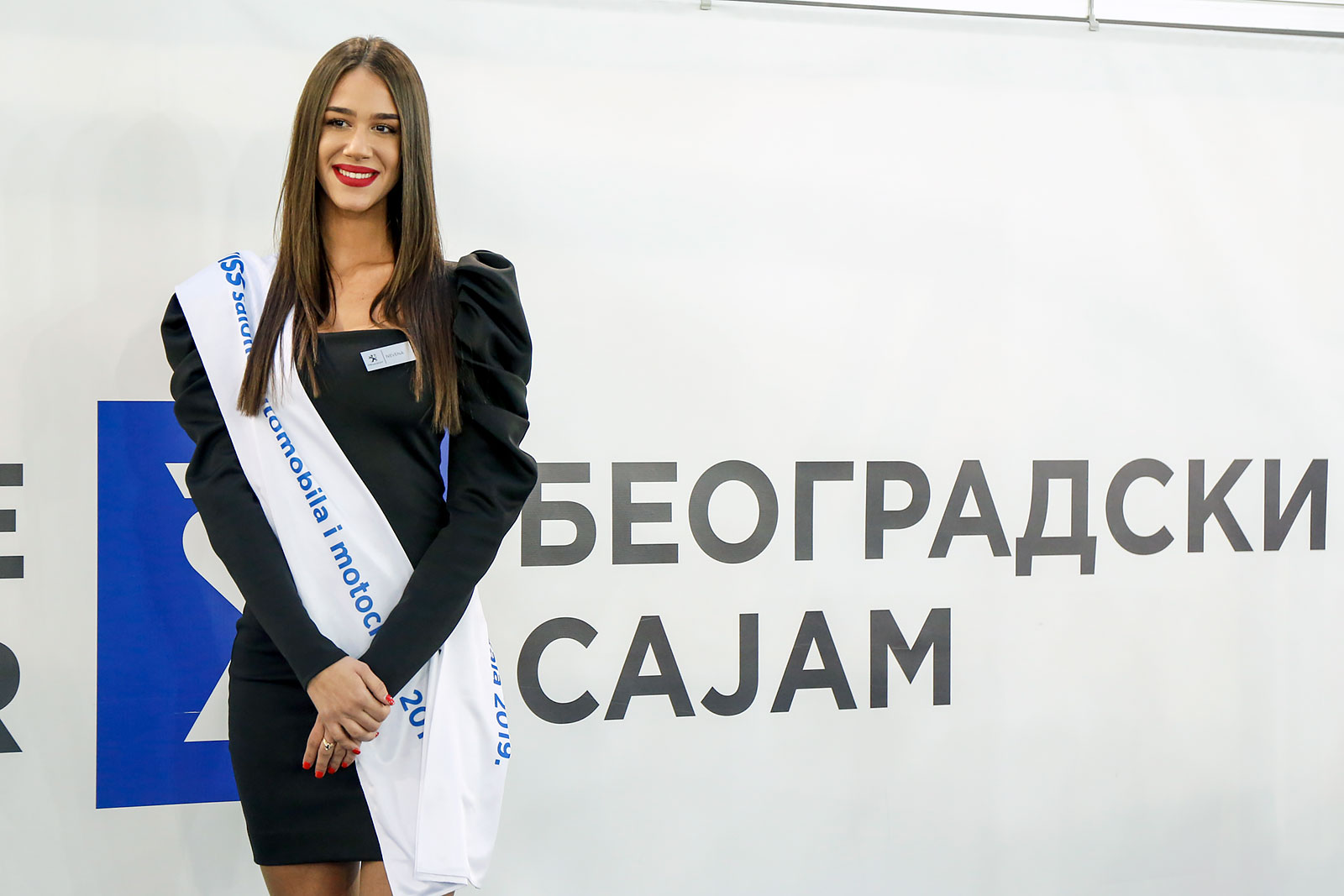 This year’s jury comprised of all contestants who competed for the title (selected the most beautiful girl from their own ranks). Firstly, the top 20 girls were selected out of 42, and then the winner which was followed by a great cheer and clap of hands by all present and also by the sound of horns of vehicles exposed in the hall 1 of Belgrade Fair.

Thus, Ms Bisenija Kazakovic was selected for the second runner-up, whom the visitors could see next to an opulent vehicle BMW X4, whilst Ms Isidora Milosavljevic was selected for the first runner-up and who adorns the exhibition stand of British Motors. The winner of this year’s competition for the MISS of the 54th Motor Show and 13th Motopassion is Ms Neva Golubovic “accompanied” by Peugeot 508, “car of the year” for 2019 selected by the Association of Automobile Journalists of Serbia. 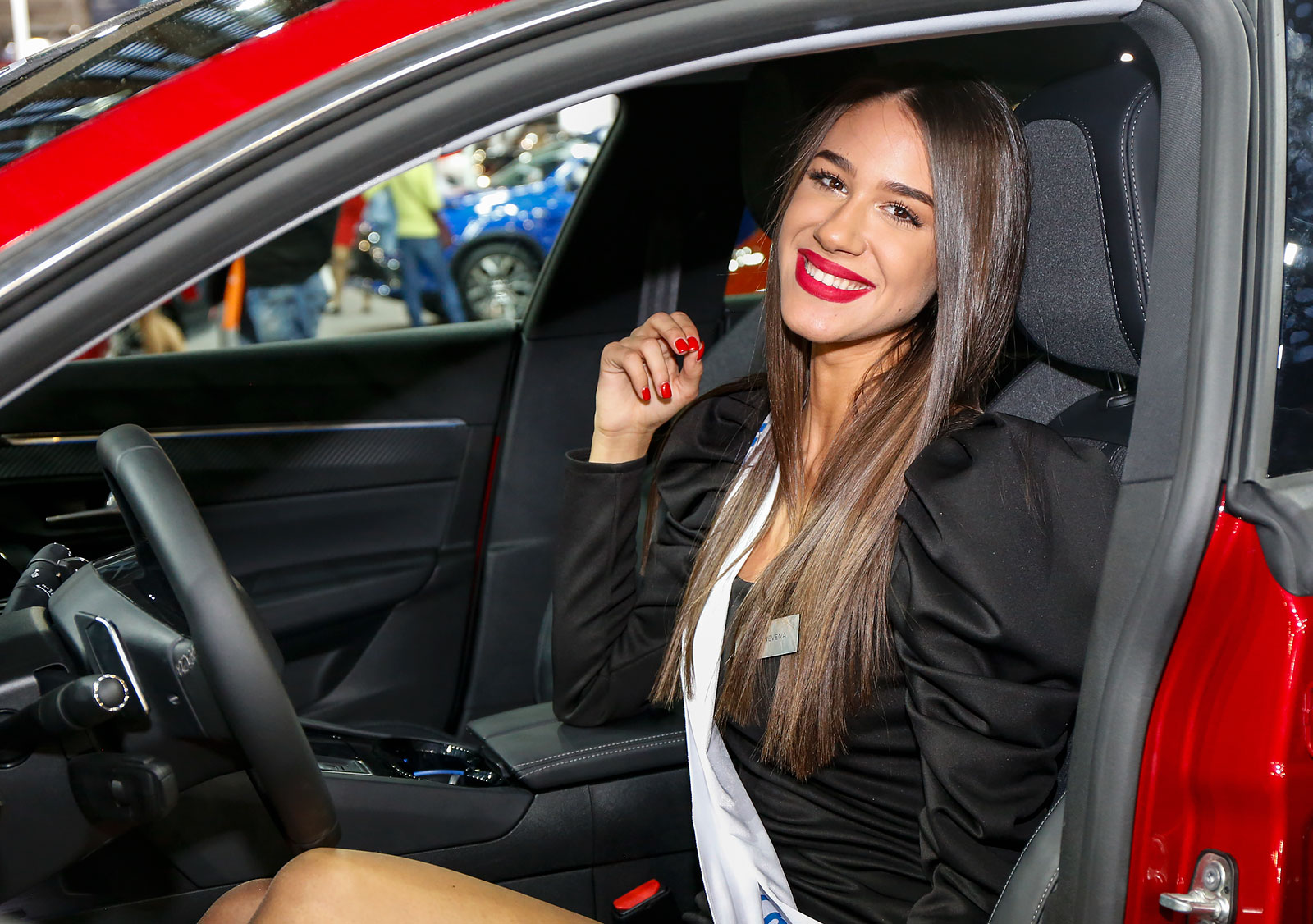 The winning trio was presented with prize-winning vouchers – trips, whereas male visitors were saddened by the fact that the “selection procedure” lasted that short, whilst the female visitors accompanied by men were also unhappy about the same thing as to them such competition was objectivelly on the verge of bearable.