DDOR BG CAR SHOW 07 & 14. MOTOPASSION, were the largest auto-moto event of its kind in the world and Europe, during the four days they lasted (along with the press day that preceded the event), after a two-year break in fair organizing. In the significantly shorter period than before, adapted to the new circumstances, the event was visited by – 66.416 visitors. In relation to the current and international circumstances in which the event was organized in, with such a visit the organizers of all fairs, the exhibitors and other commercial participants were satisfied, but also the entrepreneurs, importers and distributers…

A little reminder, cars and motorcycle fans have been able to hang out with their beloved at the Belgrade Fair during the 54th International Car Show, held in March of 2019. The next fair, which was supposed to be held in March of 2020, with a perspective to be the biggest auto-moto event at the time in the world with numerous records in regards to the number of brands and first-time showings, and which organization was brought to the end, was cancelled due to the galloping pandemic just a few days before the grand opening of the fair’s gates for the visitors.

Since then up to this year’s date, the international community has suffered and still suffers serious consequences of the pandemic, international transport and communication problems, global problems in the automotive industry in relation with the finalization of production and other difficulties in regard to the Ukrainian crisis. The Serbian economy and the market were not spared of any of this.

With all that in mind, the Belgrade Fair as an organizer, the Serbian Association of Vehicle and Parts Importers and the company DDOR Insurance Novi Sad, as a general sponsor of this event, have decided to in accordance with the new times and opportunities (and about which already speaks the determinant ECO in the innovative name of the fair), to adapt the exhibition concept of the event highlighting the vehicles with ecologically advanced propulsion solutions, automobiles on electric propulsion and hybrids, but also new models with conventional propulsions, ecologically advanced and with the highest ecological standards. The idea was to promote new technologies which are modern in today’s auto-industry, but also the ones that will be in the near future.

It could have happened in the circumstances of expectedly smaller commercial effect in the sense of vehicle sales, due to the lack of new vehicles on the market, but at the same time with a great interest in expert and general public for vehicle models which already have the newest propulsion solutions, and which complete commercialization is expected. Almost all members of the Importer Association have agreed with such a concept and expectations, which means all brands on our market as well, therefore, and in regard to the active fairs in the world, have decided to present a vast number of first-time showings, especially of electric vehicles, which are complete novelties for most brands.

Under the slogan “A natural number of spins”, this most significant annual event in the auto-moto sector of the industry in the region but also in the Southeastern Europe, has gathered in the area of the automotive fair 210 automotive exhibitors, with around thirty brands (including the first-timers and the 102 years old, today Chinese-British MG, currently the fastest growing automotive brands in the UK). They have shown more than 140 different models. There were 48 new models, from which 36 were first-timers, and 12 novelties. With a full electric or a full hybrid propulsion there as much as 36. Purely electric automobiles among the first-timers and the novelties were 25, that is more than 50 percent. At “Motopassion” was, under the slogan “All your passions at one place”, 50 exhibitors, which presented around thirty motorcycle brands, ATV and other motor vehicles, with more than 80 models have exhibited. 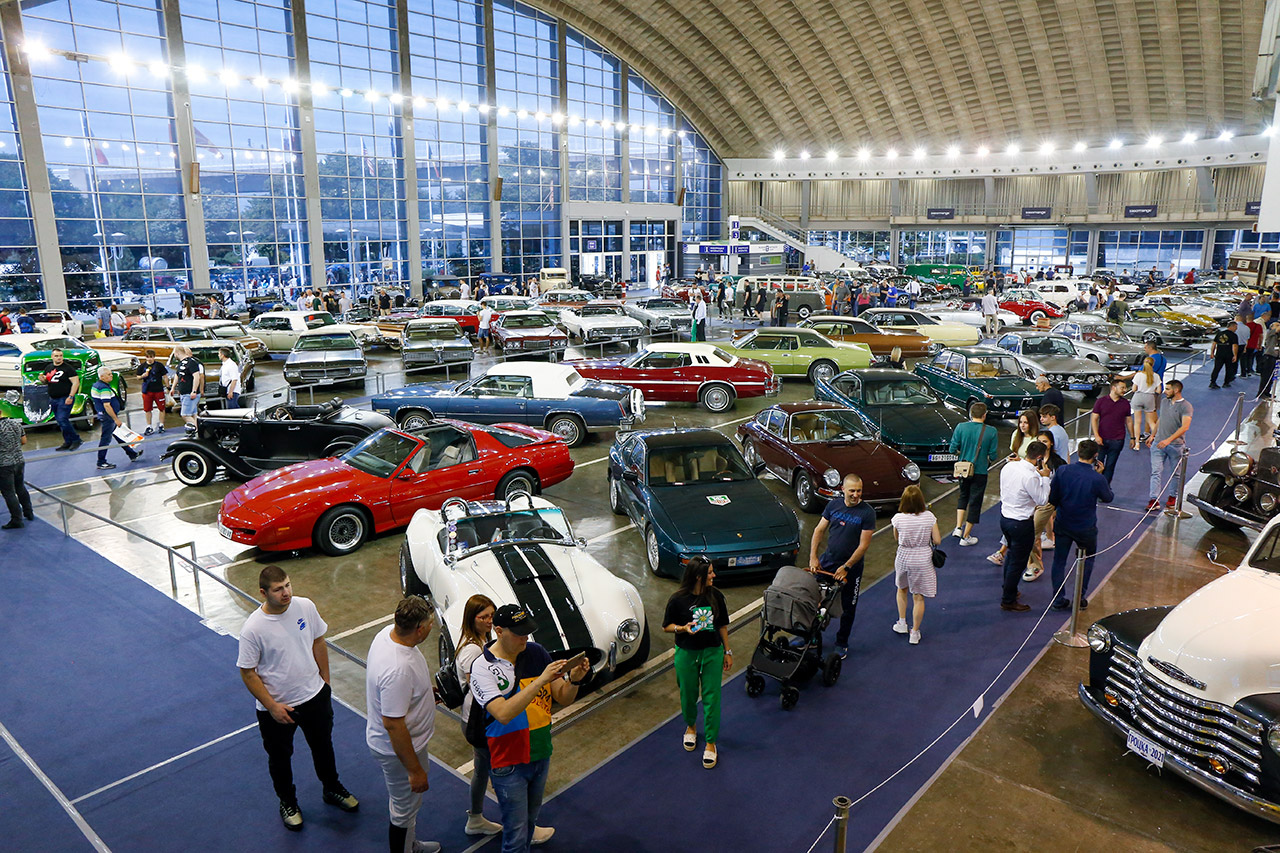 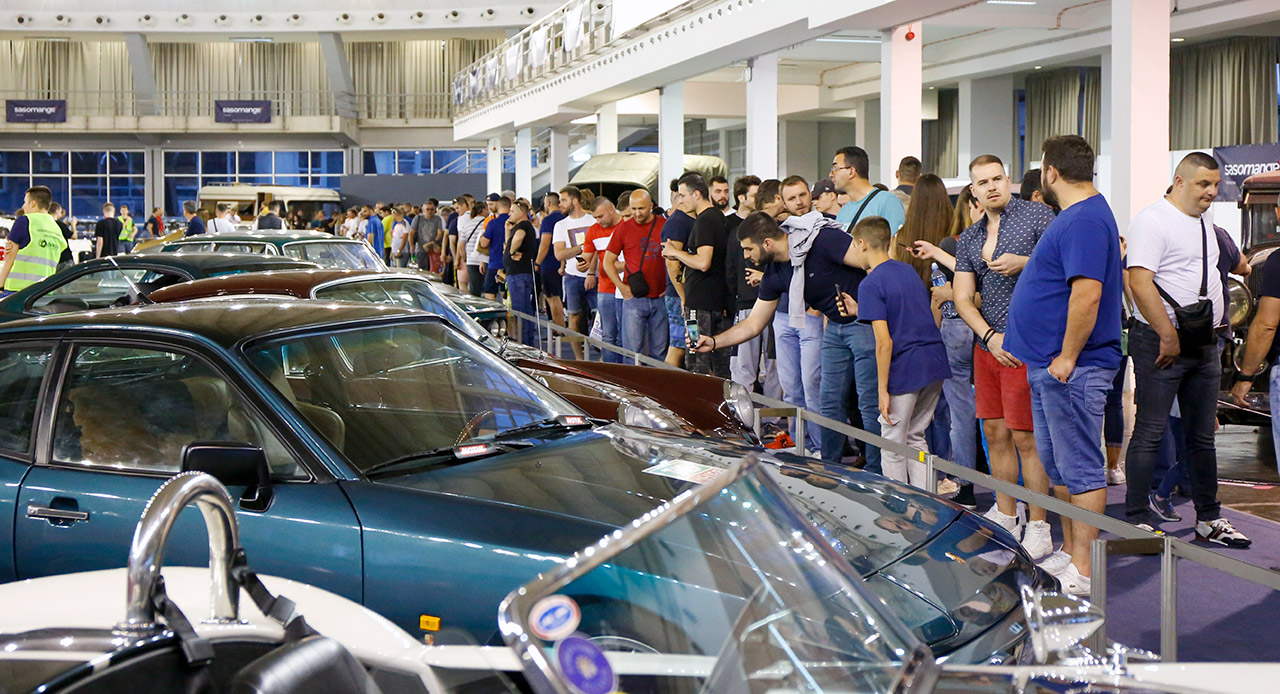 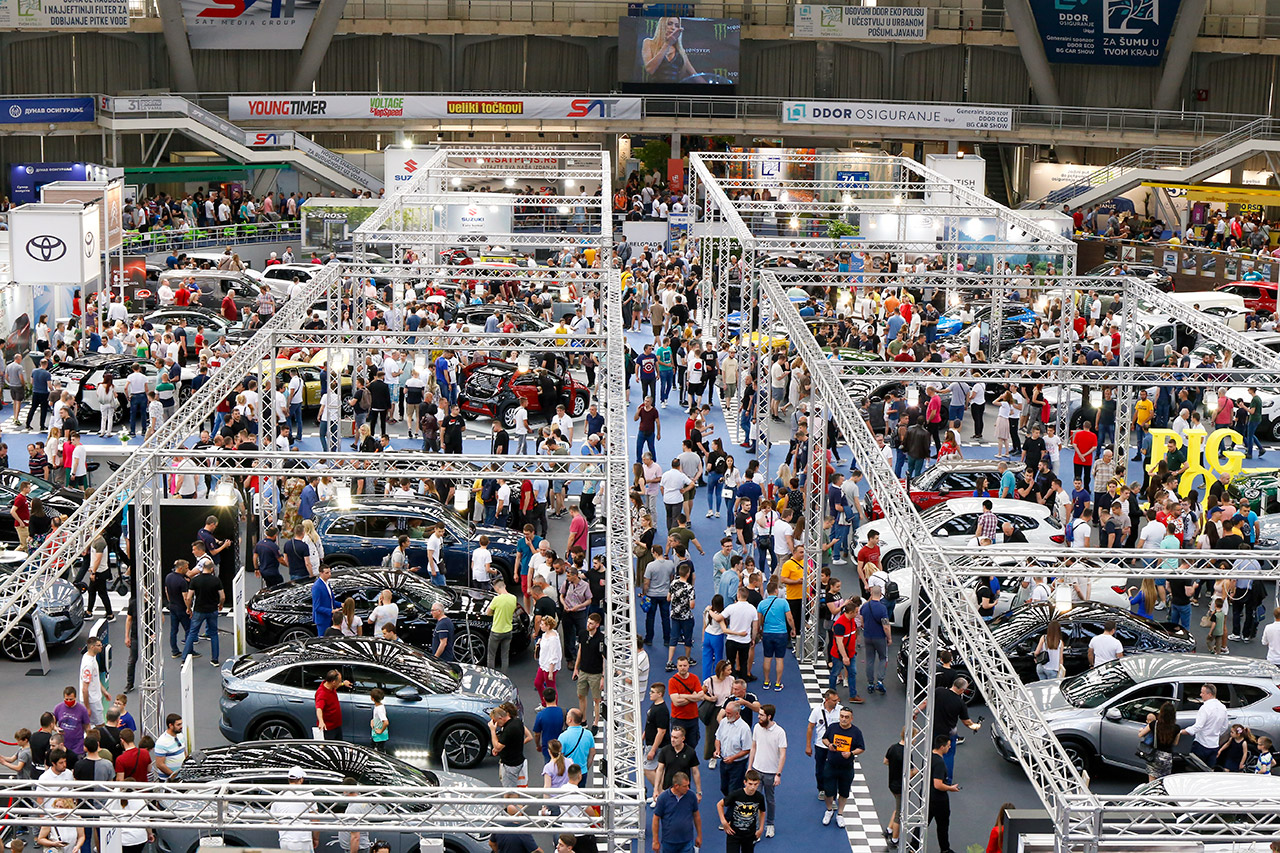 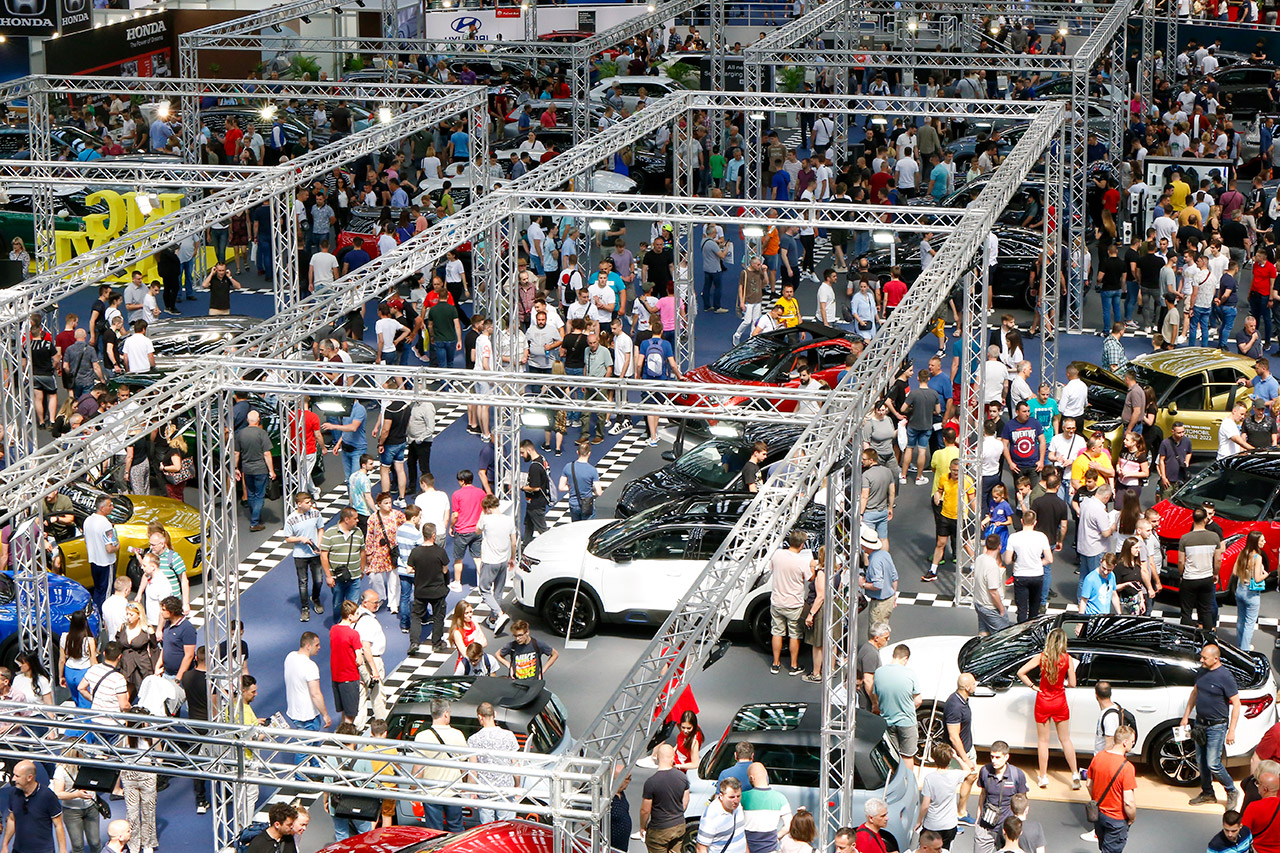 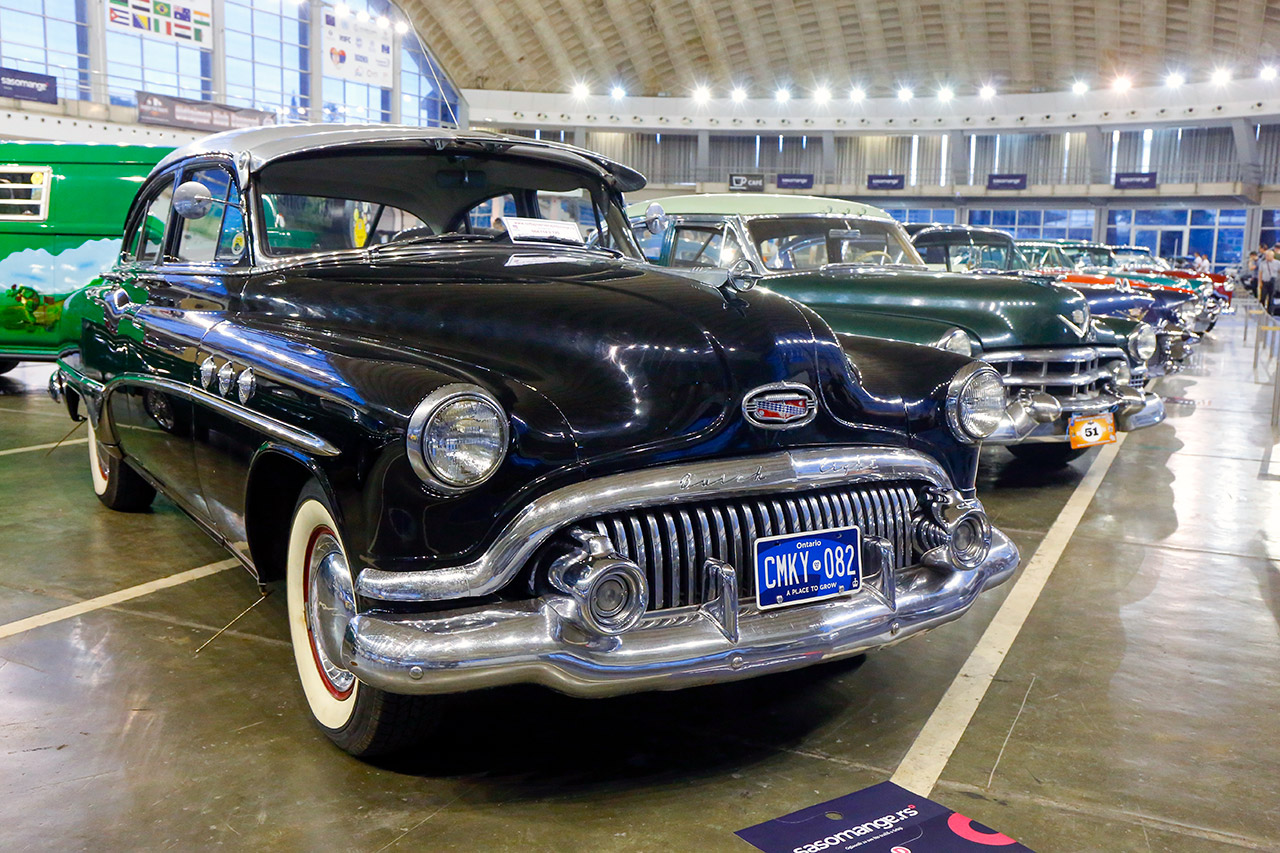 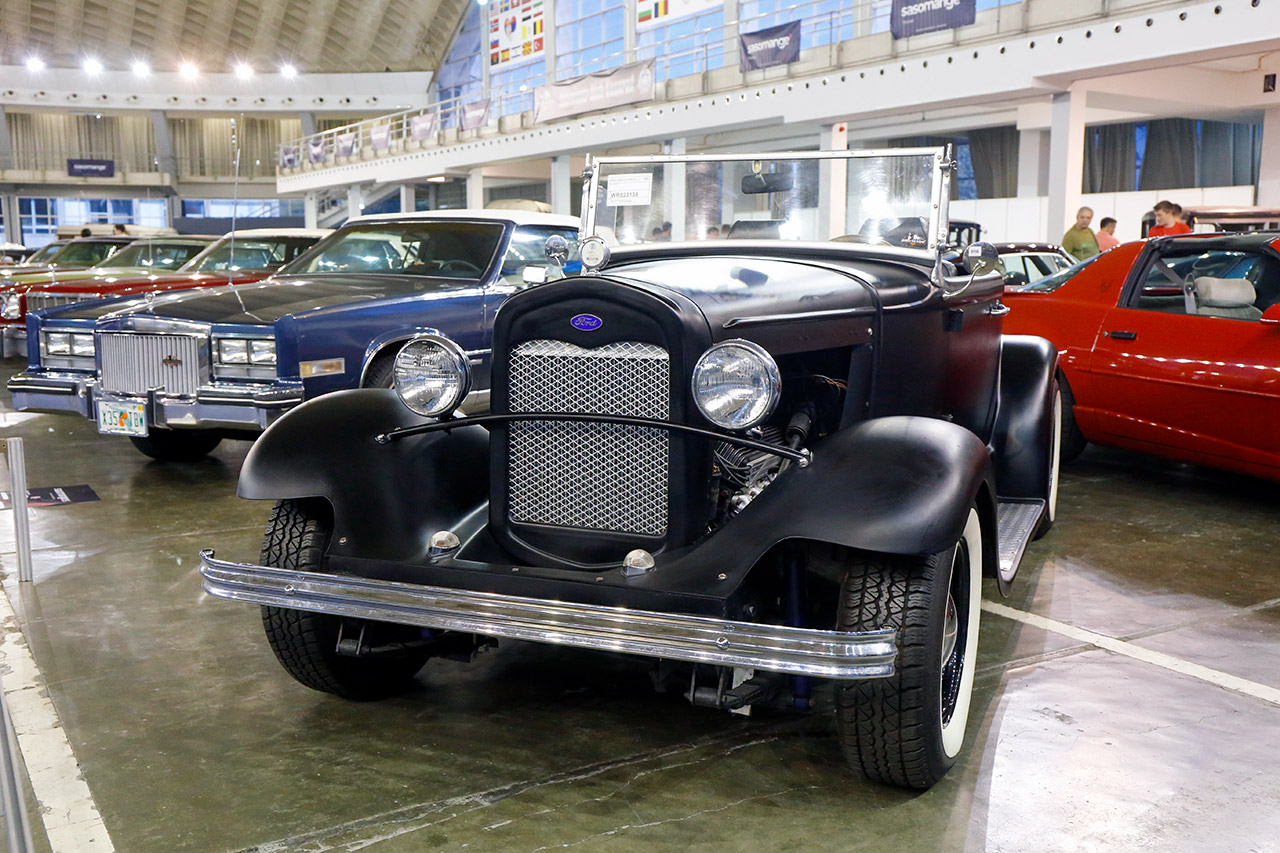 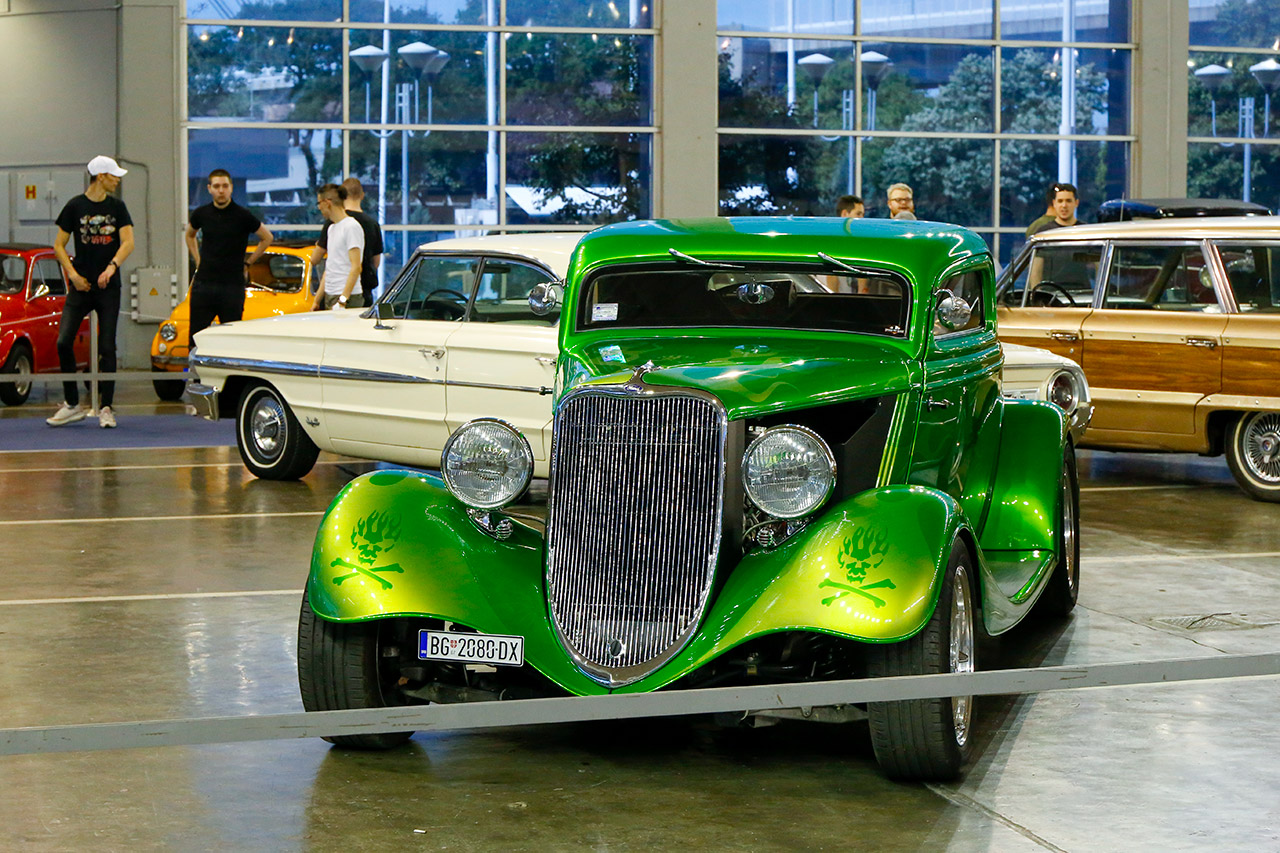 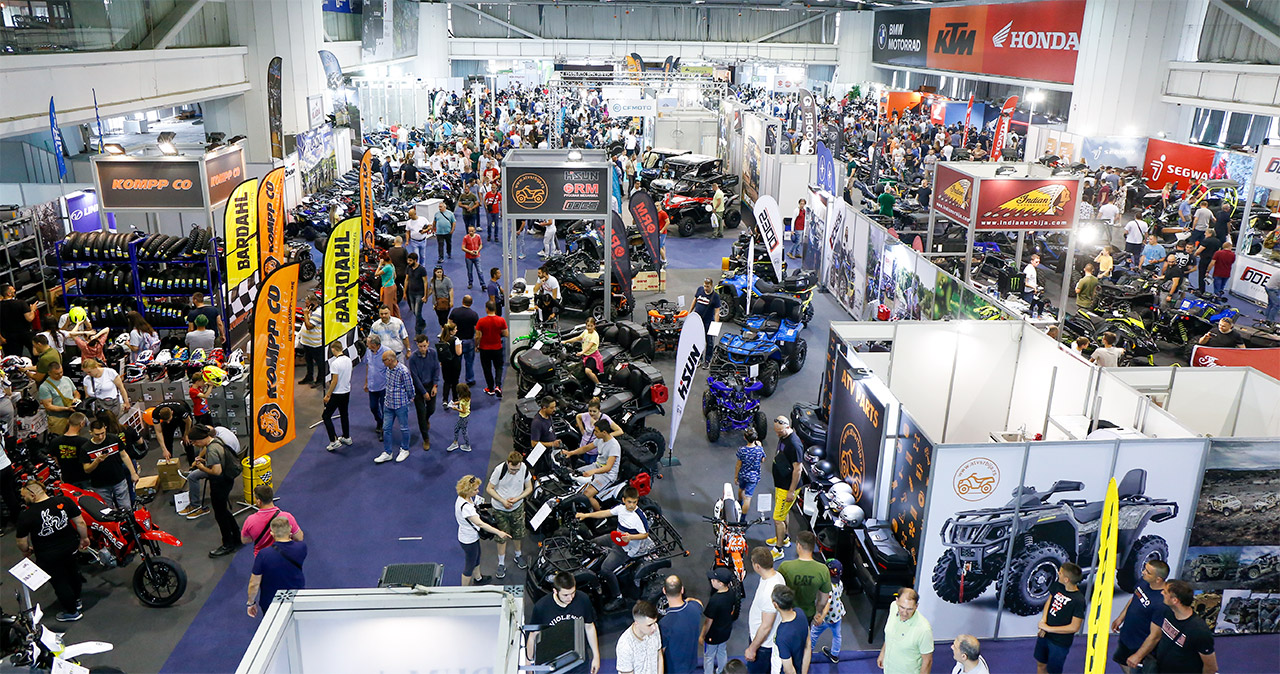 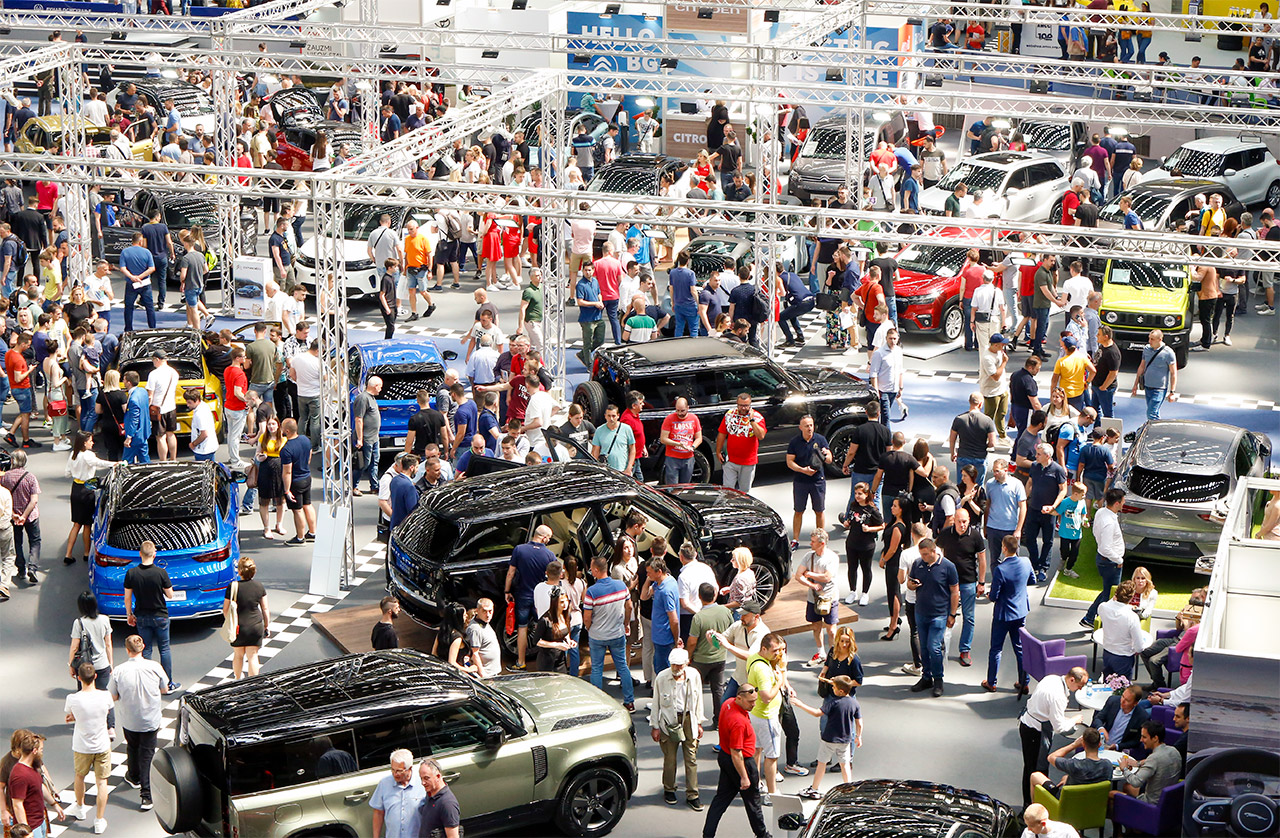 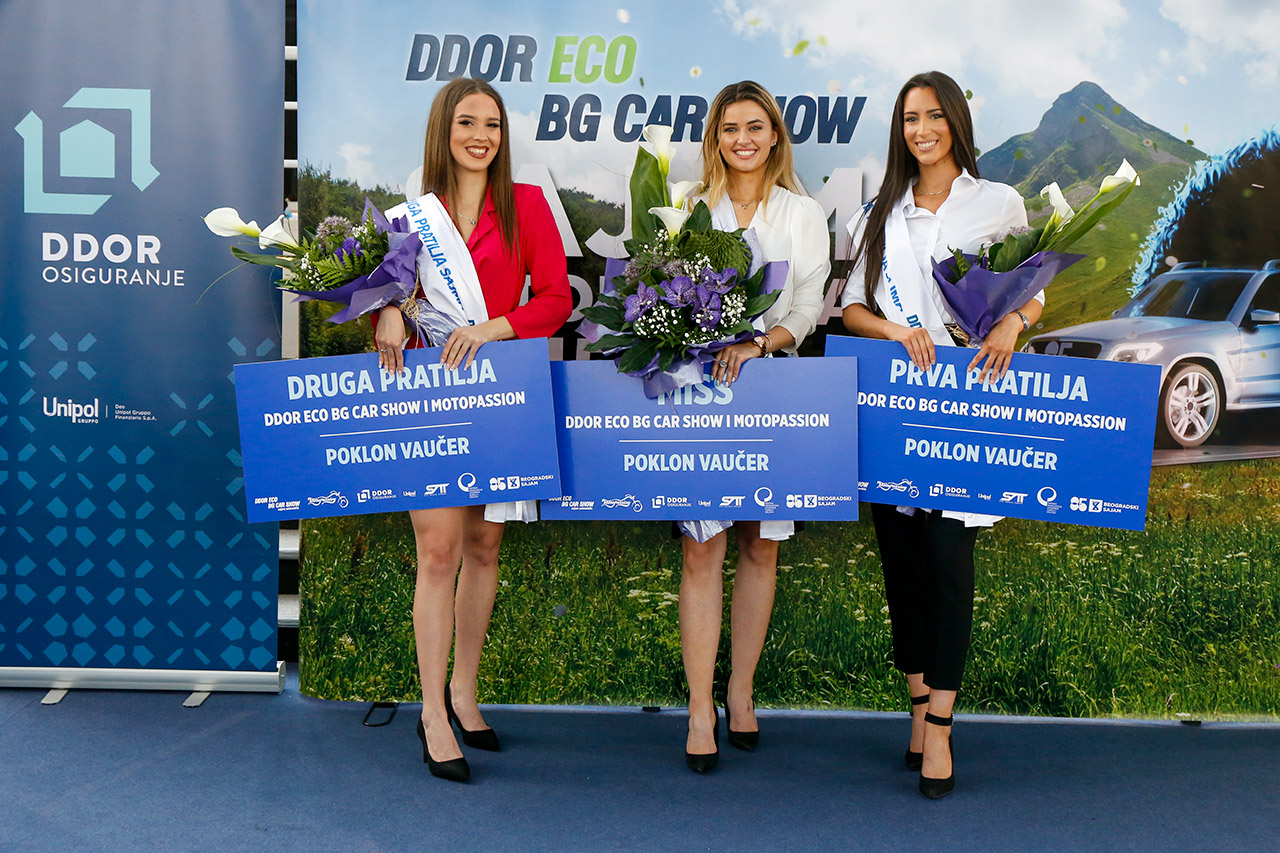 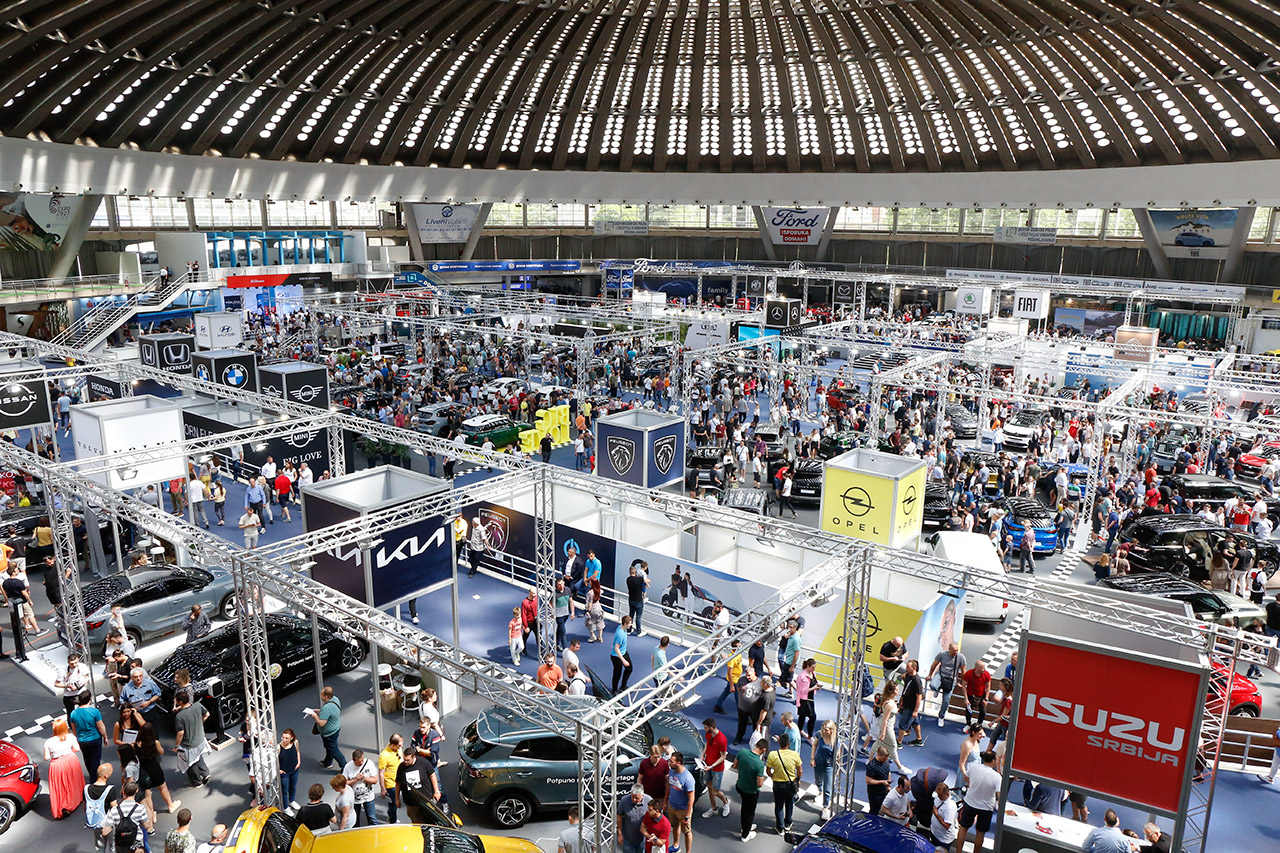 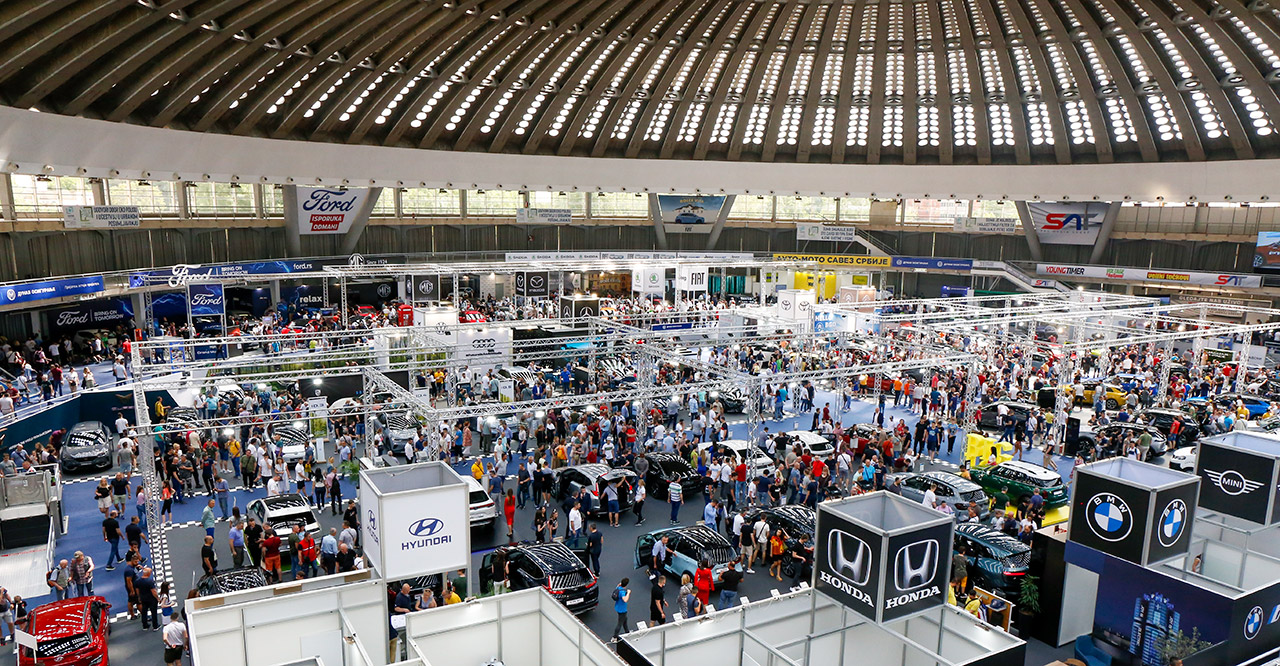 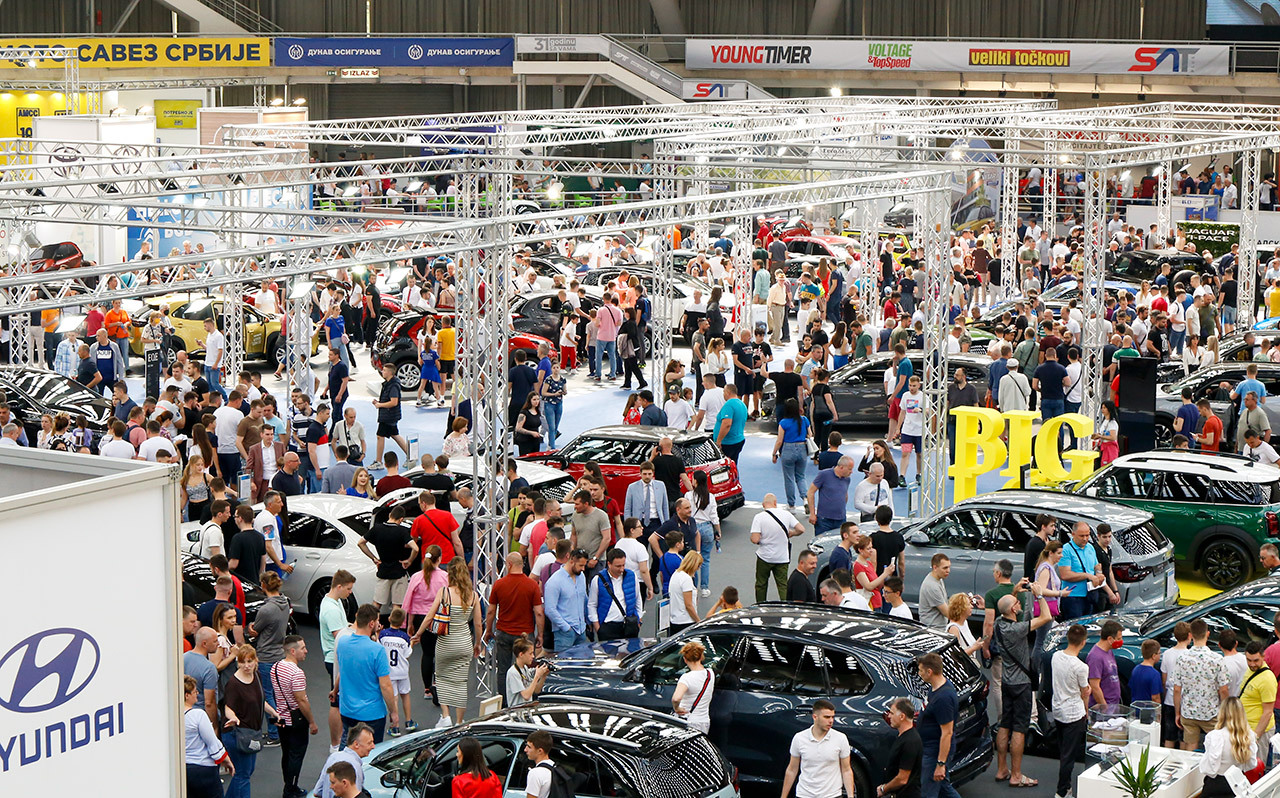 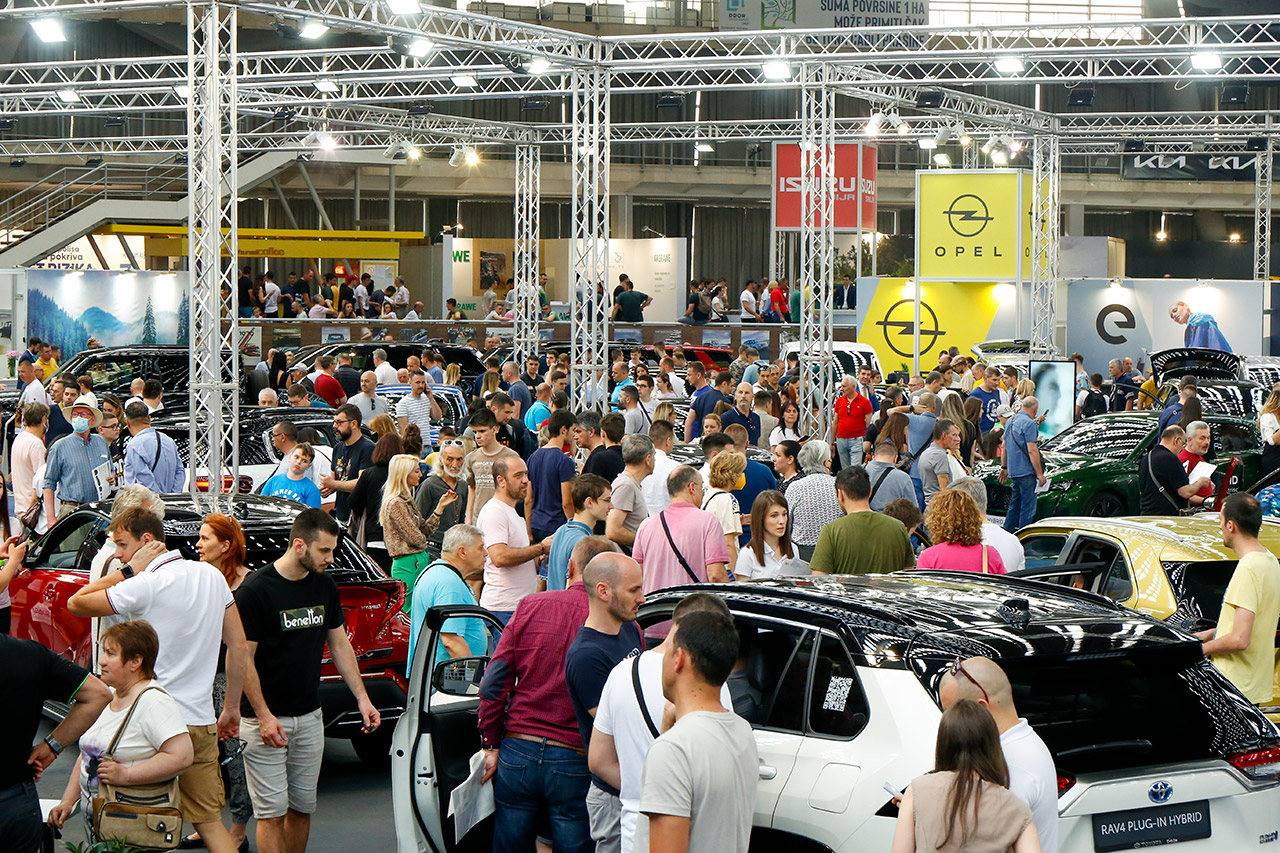 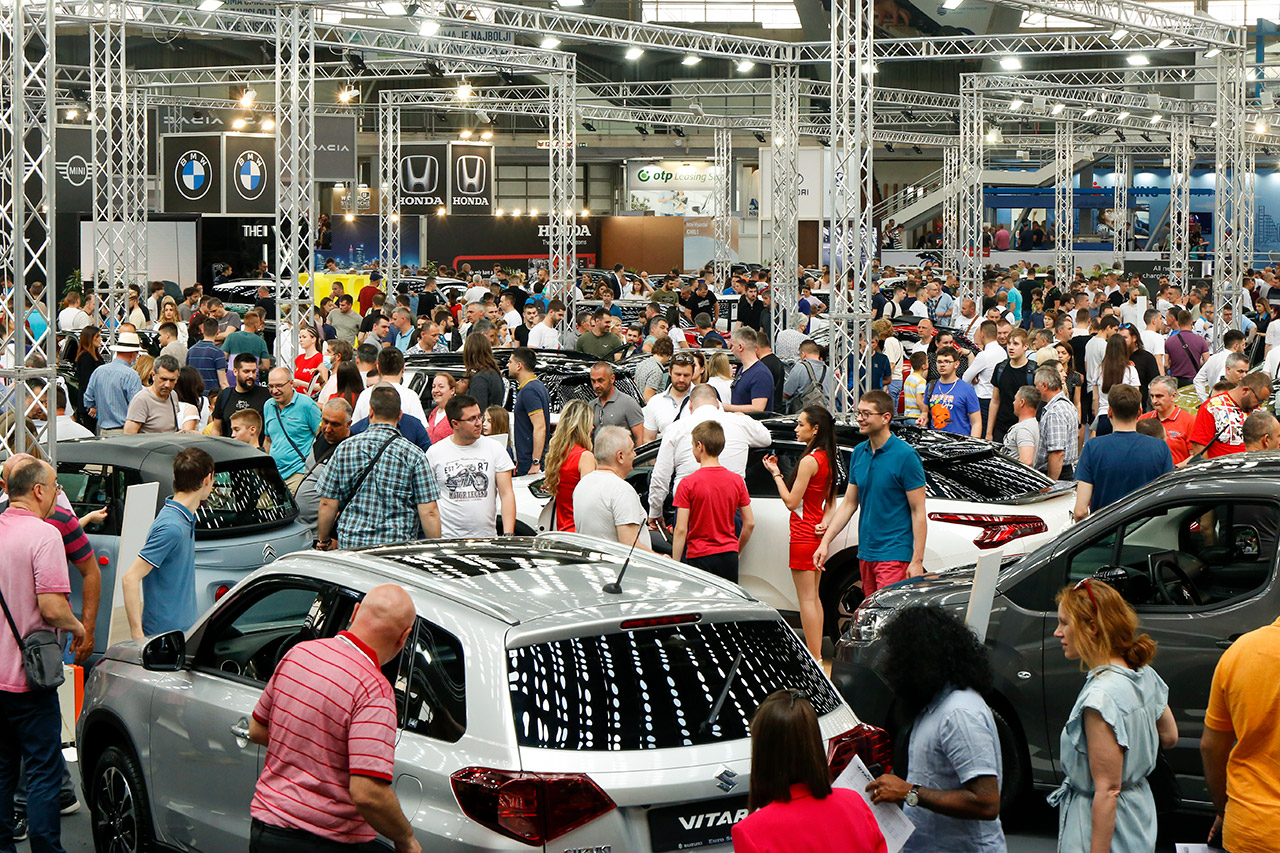 The most exclusive and most expensive models of most brands and categories impatient and more solvent customers have succeeded to “capture” or reserve them as soon as the fair began. The first sold Mercedes EQS for 175.000 euros. And this year the prices of the most expensive were from 135.000 to 185.000 euros. So, for example, the most expensive Audi model cost 134.875 euros, and the most expensive car at the fair was the “classic” “Land Rover Defender” with a price of 183.765 euros, which was also sold immediately. Although high, these prices weren’t event close to the prices of the most expensive models on some earlier fairs. The potential buyers of more “modest” requests or financial possibilities. So “Fiat” has offered the classic “500 L” at the starting price of 12.000 euros, “Dacia Sandero Stepway” cost a total of 16.440 euros, and the “Citroen” has offered one of its electric models for 10.000 euros, available for buyer in 2023.

And the sector of the following industry has present itself with a rich offer of spare parts, derivates of the oil industry, auto-haberdashery, cosmetics and tuning equipment and a very informative exhibition of garage-service equipment. The exclusive specialty of this year’s fair event, and in accordance with the main line of the exhibition program, is the promotion of compatible and following equipment for ecologically advanced vehicles, chargers, solar modules and other adequate infrastructures. “Activated” is in fact a special, new brand group which now covers a wide and complex segment of electric vehicle chargers, but also solar modules for the automotive industry. The Faculty of Applied Arts has present at their stand the experimental model of a car on solar propulsion, the Italian racing solar automobile Emilia 4, a work of our industrial designer Prof. Dr. Marko Lukovic. This Fair segment was located in Halls 2 and 1A of the Belgrade Fair.

Banks, leasing and insurance companies, as well as the financing sectors in the auto-moto houses, sellers and distributors themselves, did their part, offering favorable fair financial conditions so that the buyer could get more favorable lending conditions for the same money, benefits in additional equipment vehicles, extended warranty or service terms.

The specialty of this year’s fair event, which has already attracted the ideas to grow into a separate event, were the old-timers and various types of old cars, to which Hall 3 of the Belgrade Fair was dedicated to. The exhibition was organized in thematic units, as a kind of parallel “to the opposite” exhibition of the newest models, so that the visitors would be given the opportunity of time travel and the history of the automotive industry. Some of the exhibited exhibits will bring the visitors back in time between the two world wars and in time of the first exhibition of the Belgrade Fair. Special attention as an exclusive segment of this exhibition, in Hall 3A, attracted the retrospective of domestic products “Zastava”, a thorough history of the decades-old backbone of the Yugoslav and Serbian car industries.

This whole auto-moto happening was an opportunity and an occasion for different segments of the following program.

As a part of the expert following program, the National driving academy NAVAK has performed daily exercises to simulate critical traffic situations and demonstrate the importance of ABS devices and braking exercises to avoid obstacles, with and without ABS on a slippery surface; The conference “Puma Eco Car Conference 2022-PCC 2022” was held with panels: 1) Hydrogen, CNG, LNG supply and use potentials, 2) Electric vehicles, 3) Infrastructure for electric vehicles. The thematic framework was the perspectives and challenges in the automotive industry until 2030. All organized by the Center for Electric and Hybrid Vehicles – CEHV, Faculty of Mechanical Engineering, University of Belgrade, Serbian Association of Vehicle and Parts Importers, StudENTER, Journal of Applied Engineering Science – JAES, Project Land, Faculty of Technical Sciences Novi Sad, Serbian Chamber of Commerce, co-organized Belgrade Fair; The company TAB Baterije (batteries) ltd., Belgrade, organized the Presentation of lithium-ion batteries.

Even in the pre-fair period, in the organization of the Journalist Association of Serbia and the Belgrade Fair, the traditional fair “Press slalom Serbia” was organized. The winner of the main journalist category in the male competition was Dusan Albijanic, a journalist of RTS and a member of the UNS Administration, and in the female category Mirjana Pavlovic from TV Kopernikus; The Automobile Forum, the Association of Automobile Journalists and other experts in the area in the area of motoring has awarded its traditional awards “to the best in the automotive industry” for noted results in the automotive economy and auto-moto sport. Among which Zoran Lupsic, a long-term coordinator of these fair events, for an excellent organization of these fairs; The Automotive Fair couldn’t have gone without a reminder of the hostesses which additionally decorated the already brilliant models of cars and motorcycles, and the winner of this year’s contest for “Miss DDOR Eco BG Car Show 07 and Motopassion” was Anita Rasevic, which adorned the Peugeot stand.

Considering the mentioned international, geopolitical, communicational, transport, market, production and other adverse circumstances and difficulties in which this event was organized, but also in a completely new concept of fair exhibits, thanks to the sacrifice and enthusiasm of all included factors the impression after the closing of gates of the DDOR Eco BG Car Show 07 & 14th Motopassion are more than positive. It’s a majority opinion of the exhibitors and visitors. The Belgrade Fair has done an excellent job, in organizing, and presented itself as a worthy and reliable backbone of the fair activity on a wider international plan.