In addition to already known risk groups that have priority, mass vaccination of citizens in the halls of the Belgrade Fair is happening every day. Large organized groups of those who in performing their regular professional activities, or in public and social life, have more chances to be infected but also to transmit malignant virus Covid-19.

Among such vulnerable groups are members of the diplomatic corps in Serbia, members of the offices of numerous international organizations and institutions of various profiles, but also representatives of large global companies, which are part of the public space in Serbia. 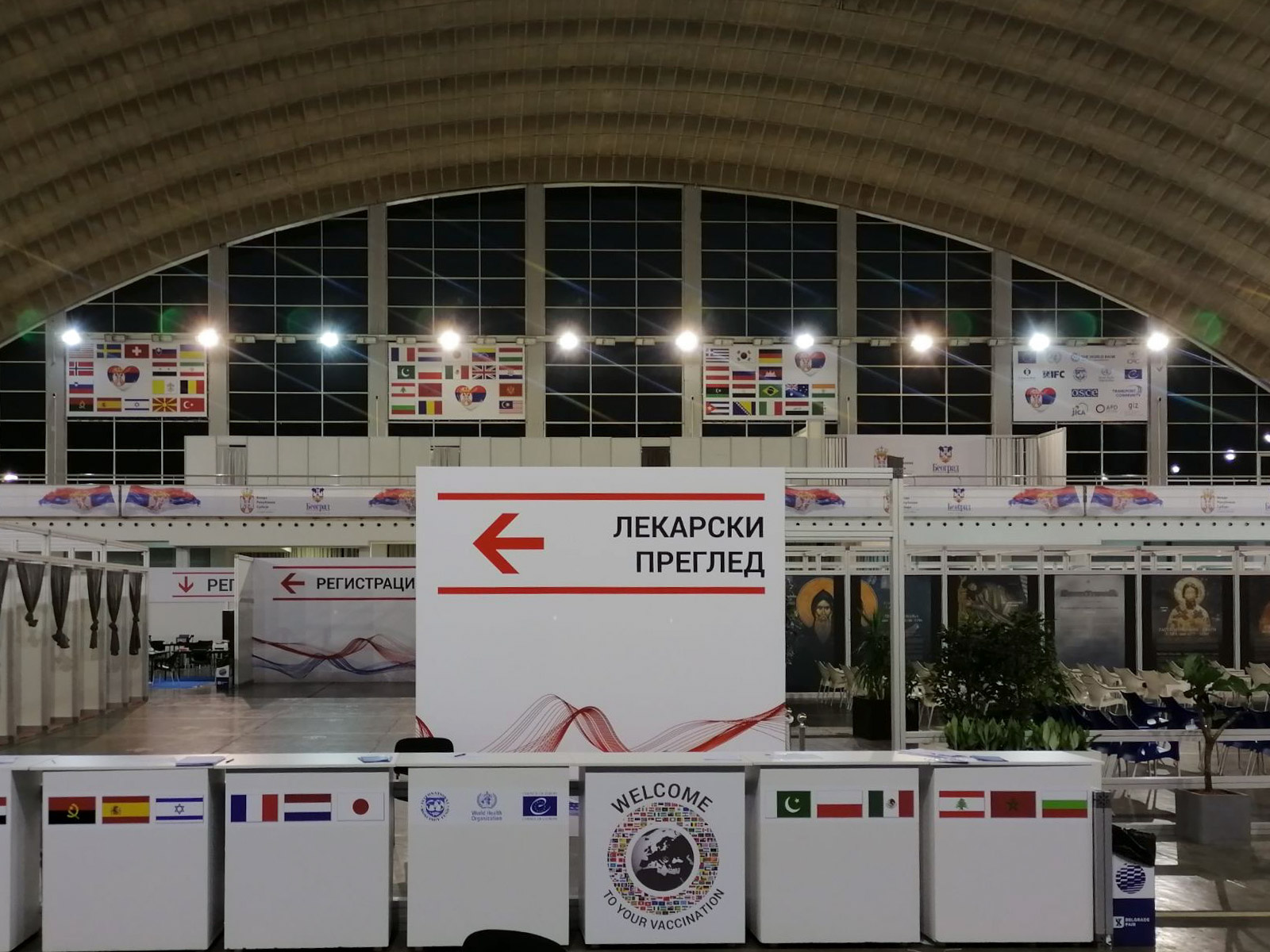 On that occasion, on Saturday, February 27th, from the checkpoint at the Belgrade Fair, the British Ambassador, Sian MacLeod, announced that she had just “received the vaccine against the Covid-19 at the Belgrade Fair”. She also said that she was able to receive the AstraZeneca vaccine and that she is looking forward to the upcoming second dose. She thanked the Ministry of Foreign Affairs, the Institute for Public Health Batut, the Serbian Prime Minister and all doctors at the Belgrade Fair for their professional and exemplary attitude.