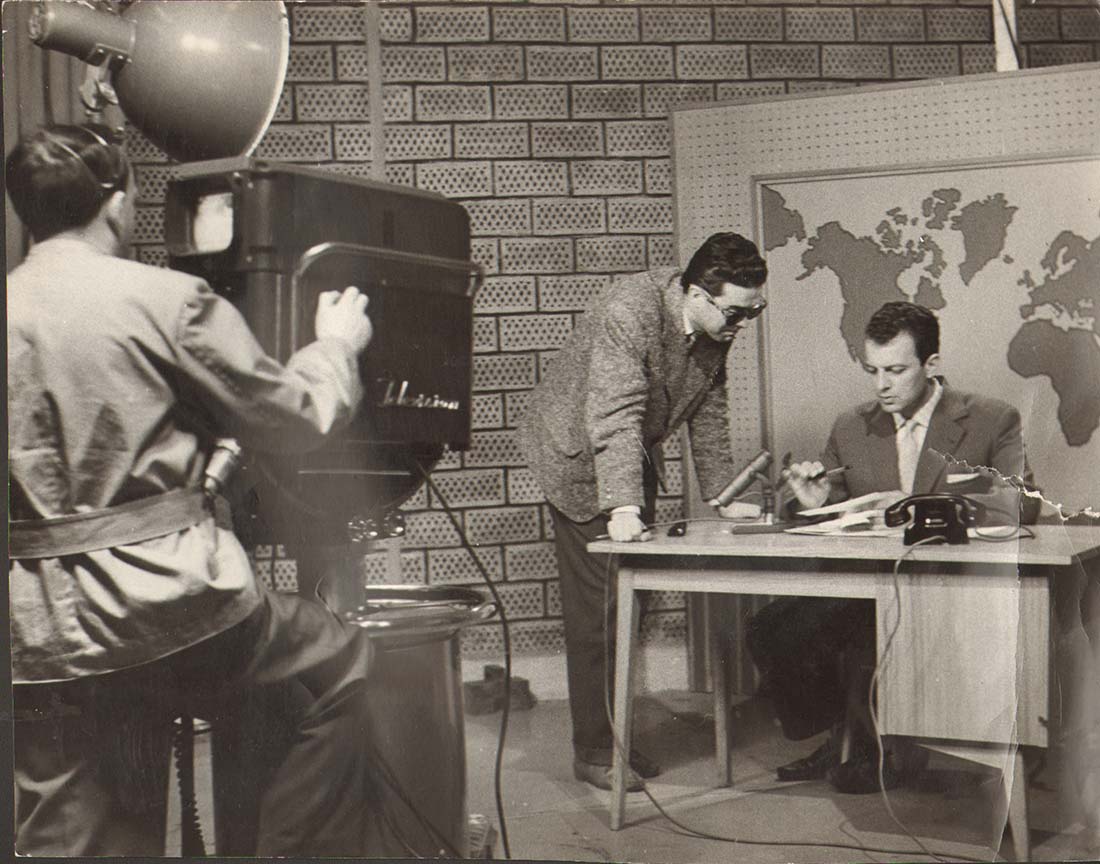 In 1958, within the new Belgrade Fair construction, which renewed its after war operation in the previous year 1957, a building for the television studio was designed, as well. When the building was finished, in autumn 1958, it was the first facility not only in Yugoslavia, but also in the major part of Europe, designed and built only for the television needs.

Sixty years later, Belgrade Fair invites the Television again, this time to celebrate its Anniversary at the 62nd Fair of Technics and Technical Achievements and the Television invited its peer Radio Belgrade 2 to show mutually what they were doing and what the audience were watching and listening to in the past six decades.

The Exhibition consists of three units:

1. The TELEVISION features with about ten major or minor devices from the earliest years of its operation (the first electronic color camera, the oldest film camera, the mobile tape recorder, the first TV set…). In the improvized studio of the first TV Daily News, the visitors acting as a speaker will be able to read texts in front of a camera about the television program, technics and various interesting points from daily newspapers and weekly magazines from the earliest operation years of the Television Belgrade.

2. The RADIO features with about ten minor or major devices from the early years and in the improvized studio, famous journalists and program hosts of Radio Belgrade 2 will talk to the visitors and record these discussions, which may be listened to later on… The visitors will be able to hear the original recorded effects, listen to the legendary radio dramas from the oriiginal tapes, look at the covers of the records that changed the history of the radio and music relations, but also to try to be actors in a radio drama creation or be the host of the cult Tup-Tup show.

The RTS PLANET features multimedia platforms and the opportunity to select the program features in them on Tuesday, May 22, Wednesday, May 23 and Thursday, May 24, from 4.00 p. m. to 6.00 p. m.

The SPECIAL PROGRAM has been appointed also for Tuesday, May 22, at 12.00 (noon): The Tourist Tour with the tourist guides (Serbian and English speaking) from the Hall 3 to the historical Television Studio – active even after 60 years.