In the context “like this or like that”, the drones have been famous, but also intriguing to the general public for some time. The Technical Fair was used as the real opportunity for the general public to find out more about them, to see the capabilities of these technical / technological contemporary devices, but also to try controlling these multipurpose flying objects.

The participants in the happening of the drone control were, first of all, our famous actors, who showed after a brief warming up they were skilled amateurs. Beside Stefan Buzurović, one of the main actors of the currently popular series Truths and Lies and Bojan Perić from the Military Academy, several other Serbian famous actors also tried precise pulling the drones through circles and squares, as well as their flying control, turns and precise landing – Peđa Damnjanović, Nemanja Živković, Dimitrije Ilić, Andreja Maričić, Zoran and Rade Ćosić.

After this entertaining actors’ competition at the especially installed polygon, some individuals from the audience also tried controlling these unmanned aerial vehicles. They made their starting steps in the drone control on the “rather common” vehicles and the professionals showed the audience at the Hall 2 what the so-called racing drone can do, reaching the speed of even 100 kilometers per hour. 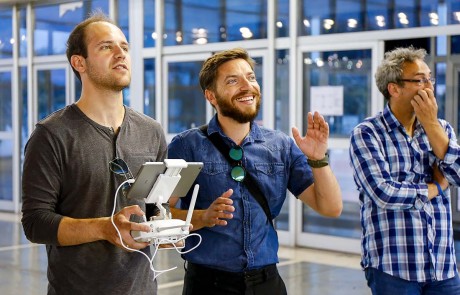 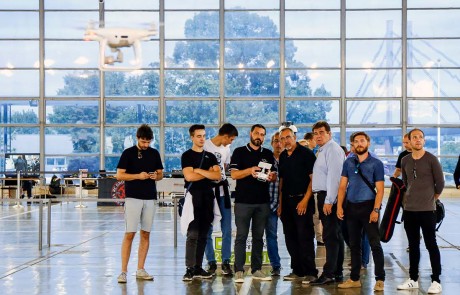 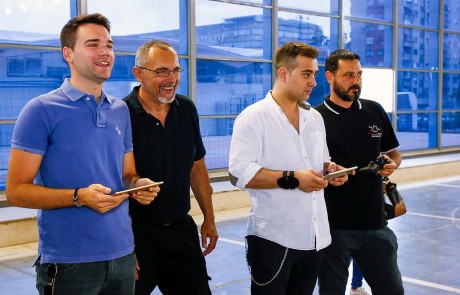